Why Raila chose me as running mate - Martha Karua

"He wouldn't have picked me as deputy if he wasn't serious about good governance and fight corruption," she said.

• Karua insisted that the former Prime minister had demonstrated seriousness on issues she holds dear.

• She assured civil society that the Azimio leader is fully committed to dealing with the issues ravaging the country. 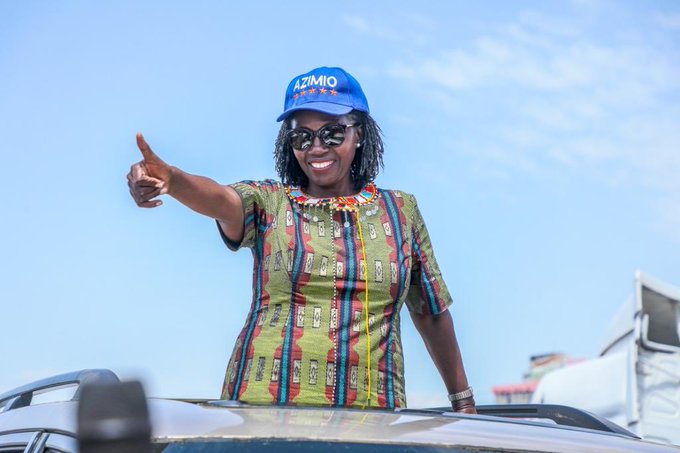 Azimio la Umoja One Kenya Alliance presidential candidate Raila Odinga picked me as his running mate, because he means well for Kenya, Martha Karua has said.

Speaking on Friday during a meeting with civil society representatives, Karua insisted that the former Prime minister had demonstrated seriousness on issues she holds dear.

The Narc Kenya leader added that if Raila was not serious about the change he wants to effect if elected, he would not have chosen her as his deputy.

Karua assured civil society that the Azimio leader is fully committed to dealing with the issues ravaging the country.

"I will say this of Raila Odinga, the fact of choosing me as his running mate, a woman with a mind of her own, known focus on certain issues which the media call 'msimamo kali, sijui ile si kali inakaa aje' for him to actually think of considering me, he is not only a man of courage, conviction and belief in himself but he has demonstrated seriousness on issues I hold dear (shared values),"she said.

"He wouldn't have named me if he wasn't serious about the things he's saying on good governance, fight against corruption, human rights and rule of law. I believe that he is serious and I commit to you on behalf of my principal that we are serious about these issues and we will need you and every Kenyan to walk with us."

Karua noted that one of the things that attracted her to Azimio even before she officially joined the outfit is the prospect of deepening the implementation of Article 43 of the Constitution of Kenya on social and economic rights.

Raila announced Karua as his running mate on May 16 at the Kenyatta International Convention Centre.

This was after she emerged the best following interviews conducted on various other individuals who had expressed interest in the position.

The running mate slot remains a political hot potato for both Raila and Ruto.
News
3 months ago

They fronted Karua as the best candidate for the seat.
News
2 months ago
WATCH: The latest videos from the Star
by BRIAN ORUTA Digital Journalist
News
27 May 2022 - 10:55