She said the Judiciary is well equipped with an election Disputes Resolution legal framework.

•The mission will be working towards ensuring there is a credible and peaceful election in August.

•The CJ said the Election Disputes Resolution (EDR) plays a fundamental role in the continual process of democratisation. 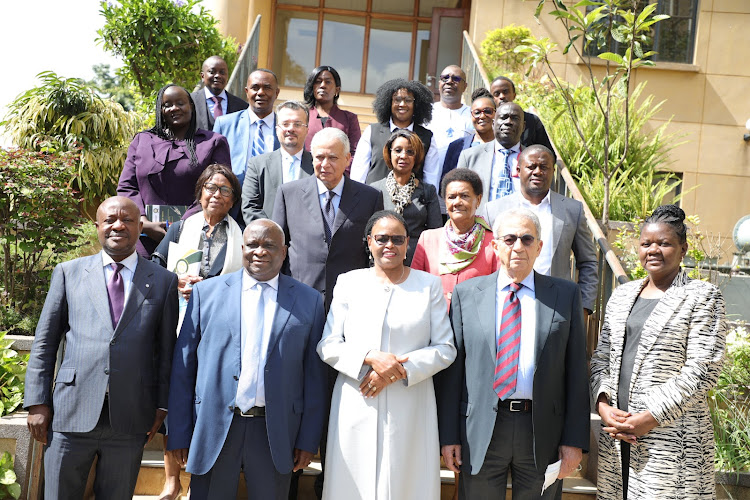 Chief Justice Martha Koome has announced that the Judiciary is ready to handle election disputes that may arise after the August polls.

In a statement on Thursday, the CJ said the Judiciary was well equipped with an election Disputes Resolution (EDR) legal framework.

She said the EDR catalyses the transition from the use of violence to the use of lawful and peaceful means to arrive at just resolution of electoral disputes.

The CJ said the mission will be working towards ensuring the August 9 elections are credible and peaceful.

“We have had a fruitful engagement with the legislature on law reform arising from the lessons from the 2017 elections cycle. I am happy to note that we have secured an improved EDR legal framework through these reforms,” the CJ affirmed.

Koome lauded efforts made by Kenya's judicial system in ensuring an improved EDR legal framework is secured through the reforms.

“One of the legislative reforms that the Judiciary is happy about is the expansion of the composition of the Political Parties Disputes Tribunal (PPDT) to include 18 adhoc members.”

Koome also noted that out of 167 pre-election cases filed at the Political Parties Disputes Tribunal, 124 cases had already been concluded as of May 18.

MAKODINGO: Women in the Judiciary boost war on graft

Kenya has witnessed a rise in the appointment of women to important positions of leadership.
Opinion
2 months ago
by MERCY WAIRIMU
News
19 May 2022 - 15:54