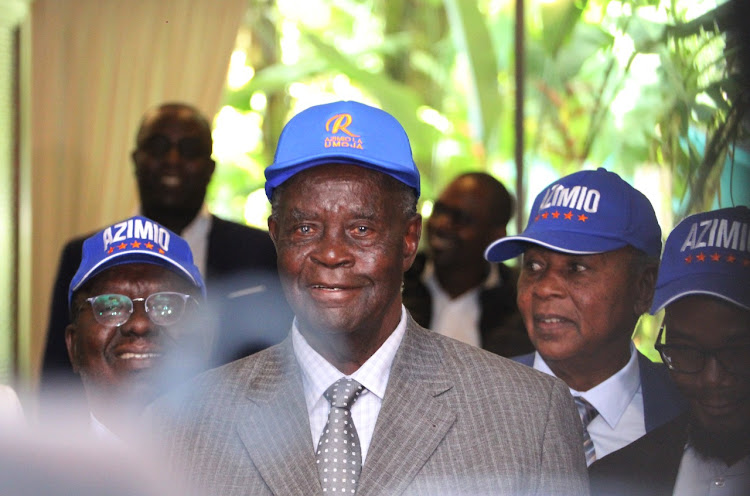 Azimio presidential candidate Raila Odinga is likely to name his running mate on Sunday during a rally at Kamkunji Grounds in Nairobi.

The marks were also awarded on the candidates’ strategic significance and their views on the anti-graft war and youth unemployment.

“The final decision was reached by averaging the individual contribution of each panelist,” panel chairman Dr Noah Wekesa said.

He, however, said the rally is for unveiling the Nairobi Azimio line-up, but those in Raila’s circle said he will use the opportunity to name his deputy.

“There will be a rally in Kamkunji purely for Nairobi leaders to unveil Azimio candidates in Nairobi,” the Makadara MP told the Star on the phone.

According to the Independent Electoral and Boundaries Commission, presidential candidates have up to Monday midnight to submit their names and their running mates for clearance.

On Thursday, the selection panel chaired by former Kwanza MP Wekesa shifted focus to Raila after handing over the names.

The panel, without unpacking its report, told journalists they had dispatched the report to the ODM boss who was away in Malindi for his presidential campaign.

Wekesa said it is now up to Raila to disclose the name, adding that they have played their part in helping the ODM leader narrow down to a suitable candidate.

“The panel wishes to inform the public that it has dispatched its final recommendations to the candidate this morning [Thursday],” he said.

“This follows the inability of the candidate to disengage from the political exercise he is involved in to come to us today to receive the report.”

The former Prime Minister was initially to fly to Nairobi to receive the report.

Wekesa was accompanied by all members of the panel except Kitui Senator Enoch Wambua–Kalonzo’s only representative in the committee–who was conspicuously missing.

But Wekesa downplayed his absence, saying he was engaged in political campaigns for his bid.

“All the members of the panel participated in the exercise and evaluated each and every candidate,” he said.

Raila's running mate: Will it be Peter Kenneth?

The running mate interviews were conducted on May 9 and May 10.
News
1 week ago

Raila's running mate: Will it be Kalonzo Musyoka?

"The panel wishes to inform the public that it has dispatched it's recommendations to Raila."
News
1 week ago

Raila's running mate: Will it be Martha Karua?

The panel said it was up to Raila to make public the findings.
News
1 week ago

The panel, however, did not reveal who the candidates are.
News
1 week ago
“WATCH: The latest videos from the Star”
by LUKE AWICH Political Reporter
News
13 May 2022 - 03:06