One remandee feigned sickness claiming to have diarrhoea, as a result of a bowel infection, police said 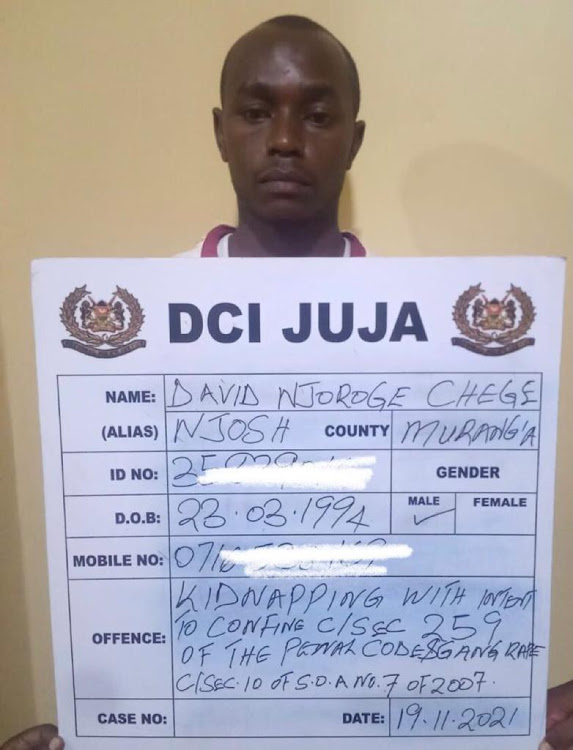 One of the suspects who escaped from Thika police station

Eight robbery with violence suspects are on the run after escaping custody in a daring breakout at Thika police station, Kiambu.

They include suspects who carjacked a woman and later raped her in turns on November 19, 2021, while demanding money from the woman’s friends and relatives.

In an ingenious plot hatched by the capital suspects, one of them feigned sickness claiming to have diarrhoea as a result of a bowel infection, police said.

According to the cell sentry on duty, the rest of the suspects pleaded with him to accompany their accomplice to the lavatory on Wednesday night.

Little did the officer know the prisoners had hatched an escape plot.

No sooner had he opened the door than the nine prisoners attacked him with blows and kicks, before forcibly taking away keys to the main door leading to the cells.

The ninth prisoner Joseph Nyaguthii was however rearrested by a standby traffic officer, approximately 500 metres from the station as the rest escaped under the cover of darkness.

Detectives in Thika are currently piecing together evidence on how the eight managed to break out of the highly guarded facility.

They have not ruled out the possibility of an inside job.

All the suspects have pending robbery with violence cases in court.

Meanwhile, the cell sentry who was attacked by the fleeing suspects is currently in custody at the same police station, assisting detectives with investigations.

A major hunt was launched in the area in vain. A team of detectives has been mobilised to track the group.

Douglas Khaoya scaled the perimeter wall and was killed at a napier grass farm
Counties
1 year ago
“WATCH: The latest videos from the Star”
by CYRUS OMBATI
News
12 May 2022 - 22:00