Wanyonyi said he is ready to work with Igathe; promised to campaign for him.

• Wanyonyi had earlier during the day said that he is firmly in the ODM party and the Azimio la Umoja One Kenya Alliance Coalition.

•Wanyonyi endorsed Igathe for the Nairobi top seat ahead of the August 9 election. 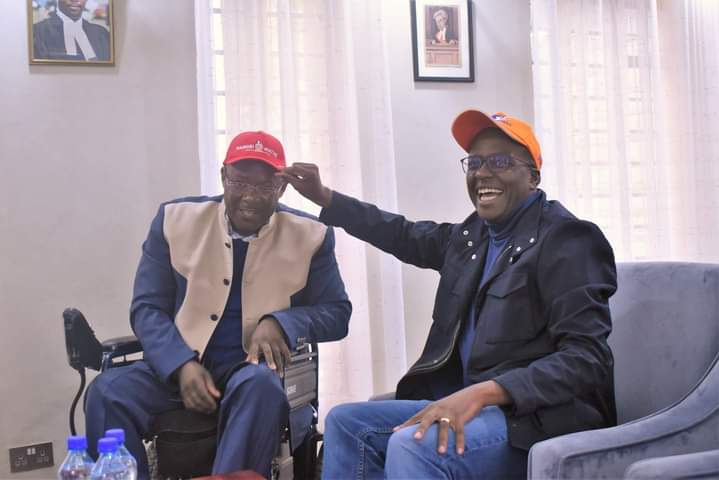 Westlands MP Tim Wanyonyi on Thursday held a meeting with the Jubilee Party nominee for the Nairobi governorship Polycarp Igathe.

During the meeting, Wanyonyi endorsed Igathe for the Nairobi top seat.

He also promised to hit the road to campaign for Igathe. He also accepted the ODM offer to run for the Westlands seat for a third term.

The meeting was attended by some of the Nairobi County Assembly leaders, including Majority Whip Peter Imwatok, and Minority Whip Paul Kados.

They were also joined by Kamukunji Mp Yussuf Hassan.

"As ODM, Wanyonyi has agreed to support Igathe's bid for the gubernatorial seat. Wanyonyi and Igathe agreed to work together and from next week, all ODM MCAs will join the Aimio campaigns and hit the ground running. We will all drop the ODM belonging or Jubilee belonging and campaign as Azimio la Umoja," Nairobi Minority Whip Peter Imwatok said. 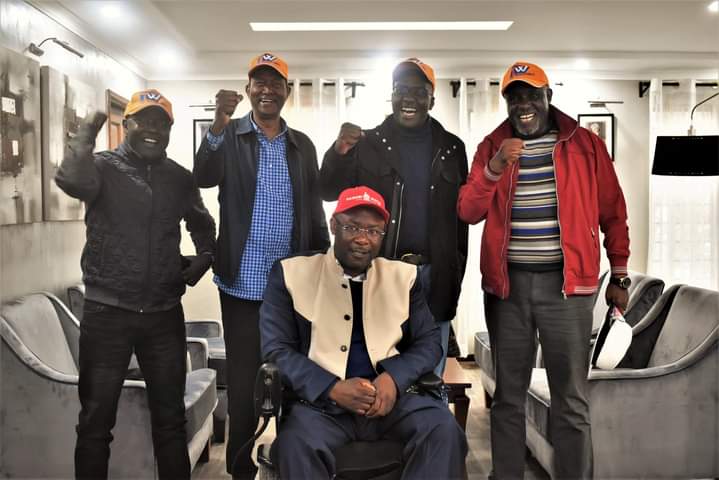 Wanyonyi was among the Azimio La Umoja One Kenya Coalition Party aspirants seeking to vie for the Nairobi governor seat.

Together with other aspirants, Wanyonyi was implored to step down for Igathe.

Wanyonyi had earlier during the day said that he is firmly in the ODM party and the Azimio la Umoja One Kenya Alliance Coalition.

This comes after Kenya Kwanza Alliance gubernatorial candidate Johnson Sakaja claimed that they were in talks to work together ahead of the August 9 polls.

"I am ready to serve the people of Westlands for the third time and I remain firmly in my party ODM and Azimio la Umoja One Kenya. To all my supporters’ thank you for believing in me, the dream lives on," he said.

The move is a blow to One Kenya Alliance candidate for the Nairobi governor seat Johnson Sakaja who had earlier indicated that he was in negotiation with Wanyonyi to seek his support.

Sakaja on Wednesday claimed that they were in talks and would announce how they plan to work.
News
3 weeks ago

Has spoken with Westlands MP regarding working together ahead of General Election.
News
3 weeks ago
WATCH: The latest videos from the Star
by KEVIN CHERUIYOT Online Journalist
News
28 April 2022 - 16:06