Form Ones will join their respective secondary schools on May 4

• Some parents were dissatisfied with the schools selected for their children by the Ministry of Education and have chosen to look for alternatives. 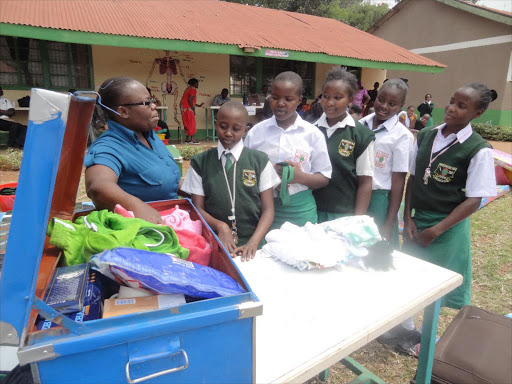 Form Ones report at Moi Nyabohanse Girls in Migori County in January. /FILE

The 2021 KCPE candidates will in a matter of days join Form One, starting May 4, but many are uncertain about which schools they will join.

A number of them, dissatisfied with the choice of schools they were placed in by the Ministry of Education, have chosen to hunt for alternatives.

A number of others, however, prefer schools they are familiar with while others just want to be in schools attended by their friends.

Whereas some parents have been lucky to secure slots in schools of their preference, others like Emmy Chepkoech are still racing against time to land the evasive vacancies.

“My niece doesn't want to go to the school she was selected to join but we are yet to find an alternative,” Emmy said. 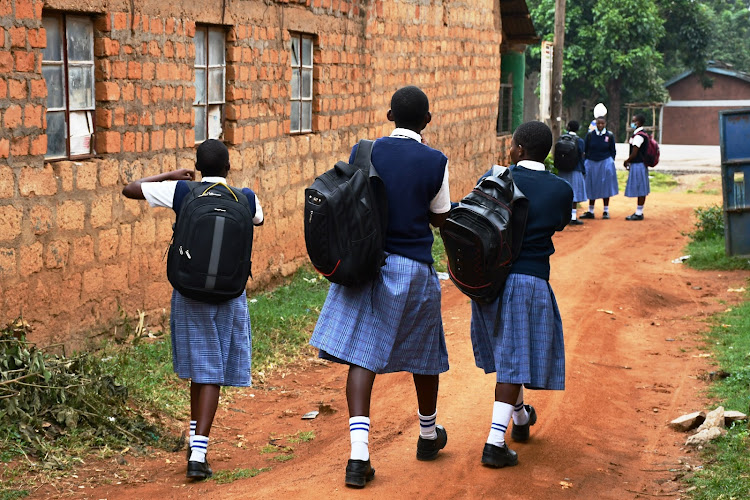 Her niece scored 361 marks and was enlisted for enrollment at Nasokol Girls High School in Kapenguria, West Pokot County.

Emmy says the girl hasn’t specifically stated why she dislikes the school but her preference for St Joseph Chepterit or Kapsabet Girls high schools - all located in Nandi County – suggests that the schools’ proximity to her home in Uasin Gishu is a possible reason.

“I have made some calls to someone I know but I’m still waiting for feedback,” Emmy said.

Cathy Imani is one other parent, she's incensed going by her social media post.

“I told my daughter the same thing I was told, work hard in school, remain disciplined and you will do well and your grades will guarantee you a good (national) school which will then ensure you become all you are called to be,” she said.

“She took it seriously. From age nine, she knew her school was Kenya High. She got the 407 marks. Yet here we are now hunting for a school.”

Cathy’s rant on Facebook paints a picture of a parent at pains to explain to her daughter why she couldn’t secure a slot in a national school, her good grade notwithstanding.

“Kenya National Exam Council you have disheartened parents and disillusioned our children,” she remarked.

While releasing Form One selection results on April 11, Education CS George Magoha said some candidates missed chances in national schools because they picked schools from only one category.

Magoha said it was clear some candidates were not guided when selecting schools as there was a surplus of applications in national schools.

He, however, said affirmative action was applied to achieve equity and fairness and ensure national schools have a national outlook in terms of representation.

In the application of the principle of affirmative action, it’s possible for the best candidate in a remote public school with 390 marks to secure a slot in a national school at the expense of a candidate with 400 marks from an urban private school where several candidates had 400 marks and above.

Magoha speaks on new formula for form one selection

The above matrix possibly explains why Cathy’s daughter, and many other candidates, may have missed out on their school of choice.

Educationist Emmanuel Manyasa, however, says whereas some cases are justified, some parents are paranoid for nothing.

“For those whose children have been selected to good schools but have rejected them for other reasons, I would advise them to just let their children go and enjoy the learning experience rather than delay them at home,” Manyasa said.

He challenged parents to take initiative and be involved in developing schools in their localities so they wouldn’t need to scramble for slots in prestigious schools.

“Especially well-off parents, let them get involved in what happens in schools around them. Support management in sourcing for funds and grow the schools rather than wait until it’s time for their children to transit then they realize the schools are not good enough.”

Maiyo said he has received numerous requests from parents seeking help to secure Form One slots for their children in schools of their choice.

He, however, said the obsession with prestigious schools is far fetched since it isn't a guarantee that a child would perform better in those schools.

True to his word, 17,327 sub-county secondary schools, which are ideally day schools, attained a mean grade of C+ and above in the 2021 KCSE exam.

Out of these, 128 schools got a mean grade of A- and above with the best getting a performance index of 65.259.

The best candidate in the sub-county schools got a mean score of 84.634, just three points behind the top candidate from a national school.

Notably, the best-improved candidate scored an A- at a county school despite having attained 267 marks in KCPE.

“This demonstrates that children can excel in sub-county day schools,” Magoha said while releasing KCSE results on April 23.

Meanwhile, Maiyo emphasized the need for parents to closely monitor their children’s academic progress to help manage their ambition when selecting secondary schools.

He said a parent's dream could be for their child to join Alliance High School but the child’s performance is weak.

“When you are called for school clinics, go. If you engage with the class teacher during these clinics, you would know your child’s performance won’t secure them a slot in such a school,” Maiyo said.

He explained that Form One selection is based on four dynamics; merit, equity, affirmative action and the candidate's choice of schools.

Maiyo advised parents and teachers to always guide candidates to select schools based on their academic strengths.

“If you choose Alliance and your child gets low marks, definitely they will not be selected,” he said.

The parents’ chairman further said good performance still won’t guarantee a slot in the school of their dreams.

“In Kapsabet Boys, for example, there were 99,340 applicants but the school has a capacity of 800.

“Parents whose children did not select such a school but have asked the principal for their child to be transferred there will be put on a waiting list.

“You find that you may still not get that school because you have so many candidates with 400 marks on the waiting list,” Maiyo stated.

Mentor and life coach, Wambugu Kamau, said the desire by parents to have their children transferred to popular schools is overwhelming to school principals.

“Some schools are popular and every parent wants their child to go there. You find that principals are overwhelmed and they might not have that chance,” Kamau said.

He had this piece of advice for parents.

“If you don’t want your child to join the school he was selected, don’t download the admission letter because if you do, it automatically generates a NEMIS number indicating that your child has been admitted in that school,” Kamau said.

NEMIS is the National Education Management Information System, an online platform which hosts data on schools and learners.

Kamau said once a learner’s PUI has been registered in one school after downloading the admission letter, they cannot be admitted to another school unless they get a transfer letter from the previous school even if they never joined it.

“This is because a student cannot have two PUI accounts on NEMIS,” Kamau said.

He echoed Maiyo’s advice for parents and teachers to guide candidates properly during school selection to avert the need for transfers after placement.

Kamau said most candidates are keen when selecting national schools but they select just any extra county and county school without caring to know where those schools are located.

“They just fill up the forms and that’s why you hear a boy in Nairobi has been selected to join a county school in Kakamega,” he said.

Over 800 from slums have been selected to national and extra county schools.
News
2 months ago