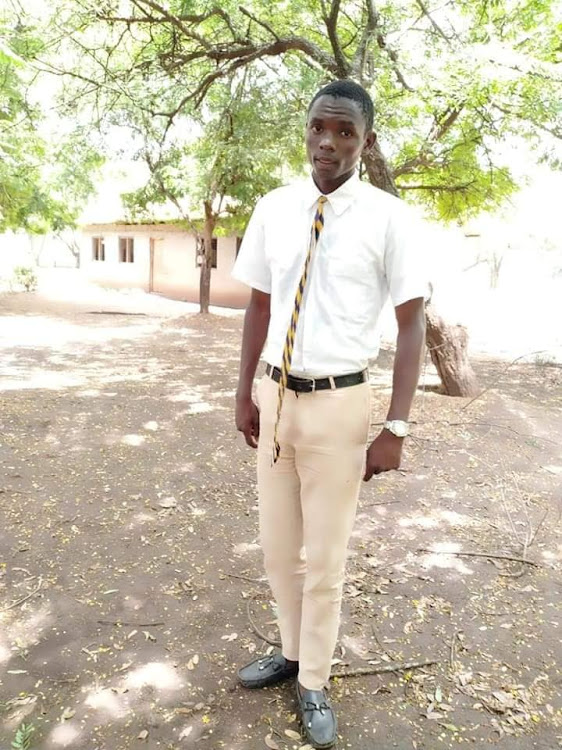 Bonface Mbilo Wambua, the 2021 KCSE most improved candidate in Coast region and among the top in Kenya, has attributed his exemplary performance to discipline and hard work.

Wambua, who sat for his KCSE at Njukini Secondary School in Taita Taveta county, told the Star on phone that he used to revise for longer hours.

He is among 36 other candidates who sat for the school’s first national examination.

“I would sleep late trying to revise my notes. God has answered my prayer because I had a dream of succeeding in education so that I can help my family and community,” the jubilant boy said on Sunday.

Wambua scored 241 marks in KCPE and went on to attain a B plain in the KCSE results released by Education Cabinet Secretary George Magoha on Saturday.

“My dream now is to mentor other students in my area to realise their potential. I also want to pursue a medicine course,” he said.

Bonface Kyalo, the school principal, described Wambua as one of the most disciplined students the school has ever had, further saying that he was God-fearing and ready to help other students.

He said the school was happy for Wambua’s performance that had brought the little known school to limelight.

Kyalo said the performance was a result of a good working relationship between teachers, students and parents.

“We are enjoying good support from the parents who have also played a bigger part in improving performance in the school,” he said.

Different education stakeholders in Taita Taveta county have expressed their joy, terming Wambua a true hero who defied all odds to emerge a winner.

“He has proved that it's not about the school, or the environment, or even the family's financial ability, but the determination, hard work and focus of the student matters most,” Kuppet county executive secretary Shedrack Mutungi said.

Mutungi said the school is faced with many challenges, including teacher shortage.

Taita Taveta Senator Johnes Mwaruma said in his congratulatory remarks that Wambua had proved that all one needs is the right mindset.

“I am looking forward to watching you cross your next finish line because I have a feeling this is only the beginning of even more great things to come for you,” Mwaruma said.

He said the performance is an indication of pure hard work, sheer determination and extra effort put into achieving the result.

How to check your KCSE exam results

The SMS platform is available for all mobile networks and will be charged Sh25 each.
News
3 months ago