There have been tensions between the Somalia federal government and Jubaland

• This follows the move by Somalia National Independent Election Commission to move the elections to El Wak in Jubaland state, near the Kenyan border.

• Some aspirants had demanded that the election centre be moved to Kismayu, citing insecurity posed by al Shabaab and influence by Somalia President Mohamed Farmaajo 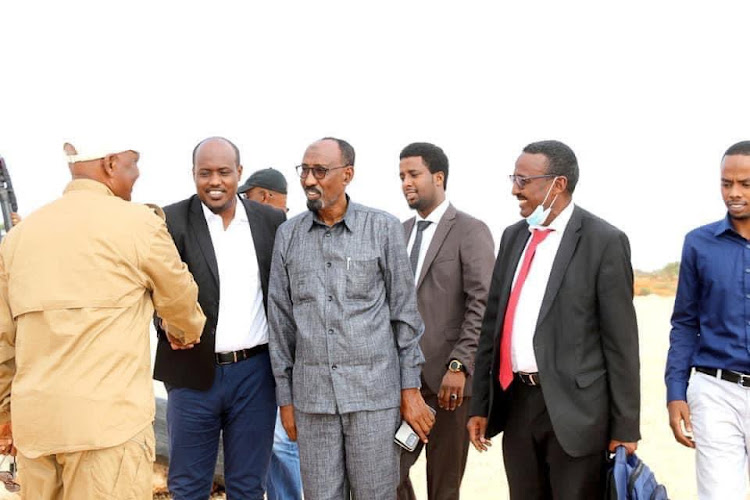 A deal has been brokered over the delayed 16 Garbaharey parliamentary elections in Jubaland, Somalia.

This follows the move by Somalia National Independent Election Commission to move the elections to El Wak in Jubaland state, near the Kenyan border.

Some aspirants had demanded that the election centre be moved to Kismayu, citing insecurity posed by al Shabaab and influence by Somalia President Mohamed Farmaajo

On April 18, federal electoral officials led by chairman Muse Gelle arrived in Kismayu to find a solution to the election standoff. On Friday, they arrived in El Wak district to prepare for the polls this weekend.

The National Election Commission and the Somalia Electoral Dispute Resolution Committee on Wednesday resolved to move the polling station from Garbaharay to El Wak after a series of meetings in Jubaland.

However, President Mohamed Farmaajo called the Jubaland elections illegal and that they are not in conformity to the September 17 agreement. The agreement had provided that no major changes can be made to the electoral process.

Farmaajo thus said MPs elected in Jubaland should not enjoy similar rights to other MPs.

"As a result, these MPs cannot participate in the elections of parliamentary leadership and president," he said.

His allies were reportedly doing a parallel process in Garbaharey.

The dispute on the delayed 16 seats of Garbaharey in Gedo region followed alleged interference by President Farmajo's administration. Jubaland accused President Farmaajo of a plot to deploy forces to influence the election.

The other newly elected parliamentarians took the oath of office last week on Thursday.

There have been tensions between the Somalia federal government and Jubaland, especially after Jubaland leader Ahmed Madobe was re-elected in August 2019 in an election boycotted by the federal government, which backed his rival.

This further contributed to the strained ties with Kenya, which backed Madobe. Somalia accused Nairobi of meddling in its domestic politics.

The Somalia elections were supposed to be held on February 25, 2021, when Farmaajo’s four-year term expired. It was, however, it was controversially extended by parliament in April, triggering battles and protests on the streets of Mogadishu.

Prime Minister Mohamed Roble struck a new election timeline, which is now almost complete with the election of members of Parliament in both chambers. They will now elect the President.

Last Friday, PM met the interim Speakers of the House of the People and the Upper House to discuss how to expedite the completion of the elections.

Meanwhile, Jubaland Internal Security Minister Yusuf Dhuumaal and top security officials from the federal state visited El Wak centre ahead of an expected visit by the Somalia National Electoral commission and  Madobe to ensure the elections are held in a peaceful environment. 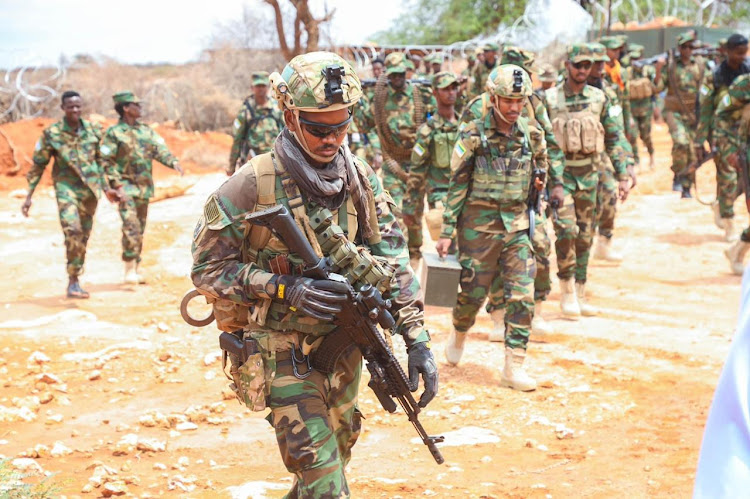 According to the Jubaland presidential adviser on public relations affairs Abdirashid Danaan, grounds have been fully prepared to ensure the elections are conducted without interference ahead of the presidential elections in Mogadishu.

Last week, the European Union Delegation to Somalia, which has invested heavily in the process, welcomed the swearing-in of newly-elected members of the House of the People and Upper House, but sustained pressure for the completion of the election in Jubaland.

“We look forward to rapid completion of the remaining stages of the electoral process, notably election of the parliamentary leadership and then the President.  We note that there remain some unfilled parliamentary seats and understand that, as these are decided, additional members may be sworn in and join the process as it progresses,” the EU said in a statement.

Last week on Sunday, Madobe urged the international community to intervene to ensure the delayed elections in Gedo region are held in a free and fair manner.

Addressing 27 newly elected MPs from Kismayu at Jubaland State House, Madobe regretted that elections for the remaining 16 slots are yet to be conducted.

Elders appeal to international community to intervene and help have the centre relocated.
News
9 months ago

Trouble in Jubaland as aspirants demand change of election centre

It started with the sacking of national intelligence chief followed by changes in the Internal Security ministry.
News
1 year ago
Post a comment
WATCH: The latest videos from the Star
by ELIUD KIBII Subeditor and writer
News
22 April 2022 - 21:00
Read The E-Paper