CDC say seasonal coronaviruses should not be confused with SARS-COV-2, the virus that causes Covid-19.

•The flu season in Kenya mainly follows the rain and the cold weather, usually between April and August. 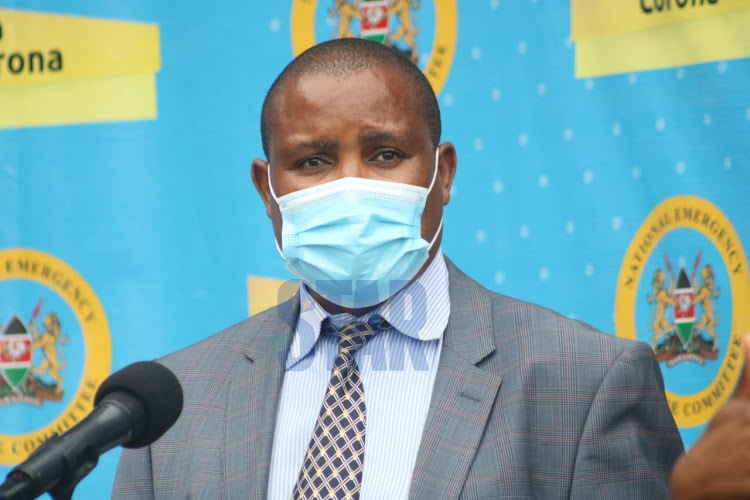 The Health Ministry has warned of a possible spike in cases of influenza in the country.

The ministry has however allayed the fear of a possible outbreak of the fifth wave of the Covid-19 pandemic that might be associated with the flu season.

The flu season in Kenya mainly follows the rain and the cold weather, usually between April and August.

A surge in transmission also comes during the October-December short rains season.

The Director of Public Health at the ministry Dr Francis Kuria on Tuesday said that even though there was a slight spike in the positivity rate last week, it is not clear whether there is a relationship between the two.

"This is the season for influenza and we will be getting more of these but again I assure you that as a directorate, we are monitoring the trend very carefully,” Kuria said.

“We had noted a slight spike in our positivity rate last week to one per cent, we kept monitoring but we are back to our below 0.5 numbers so no cause for alarm,” he added.

According to CDC, seasonal coronaviruses should not be confused with SARS-COV-2, the virus that causes Covid-19.

There are four types of influenza viruses: A, B, C and D.

Human influenza A and B viruses cause a seasonal surge of disease transmission, known as flu season, during almost every rainy season in Kenya.

While in most milder cases the flu resolves on its own without significant symptoms, severe cases of type A influenza can be life-threatening, especially for old people

“We expect a small spike in influenza but you might not know whether there is any relationship with Covid so the fifth wave is not yet here with us and we hope it will not come our way.”

Flu vaccines are available between Sh1,000 and Sh2,000 but they are largely not available in public hospitals.

Experts in the past have advised that children under five years and adults above 65 should get vaccinated against flu adding that these, alongside people with weakened immunity, suffer the most when they catch the influenza virus.

“The children suffer more severe flu. They are the most hospitalised but they hardly die, it’s the elderly who die,” the director of research and development at Kemri Dr Evans Amukoye told the Star.

Influenza is a viral infection that attacks your respiratory system; the nose, throat and lungs.

Even though for most people the flu resolves on its own, sometimes influenza and its complications can be deadly.

The people with hidden immunity against Covid-19

There is suspicions that some level of immunity against the disease might be twice as common as was previously thought.
News
7 months ago