Secretary generals from the parties forming the coalition attended the event.

•Secretary generals making up the Alliance met at a hotel and revealed that the coalition name is Azimio La Umoja-One Kenya Alliance.

•Kalonzo had reiterated that the name of the One Kenya Alliance must appear in the coalition as they move ahead. 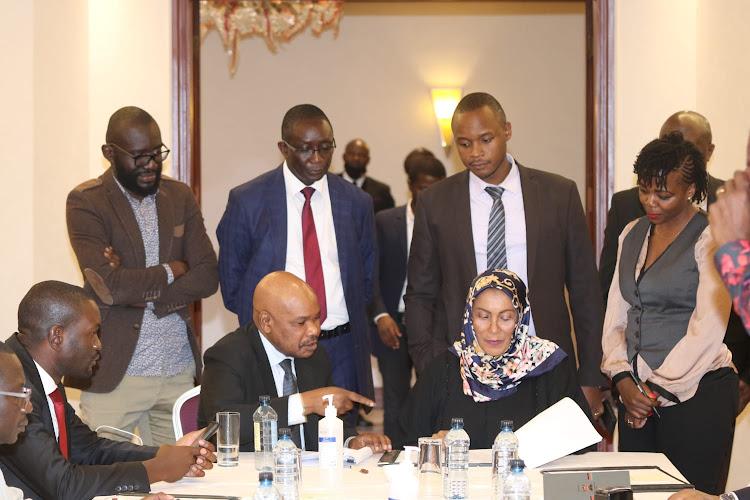 Secretary generals from political parties forming the Azimio La Umoja Movement signed the deal to have the name of the coalition changed.
Image: FRED OKANGO/TWITTER

ODM leader Raila Odinga and his Wiper counterpart Kalonzo Musyoka teams have finally reached a deal on the name of their coalition.

In a press statement on Friday, secretary generals making up the Alliance met at a hotel and revealed that the coalition name is Azimio La Umoja-One Kenya Alliance.

This comes after a push and pull that saw leaders allied to Raila maintain that the coalition name is Azimio La Umoja while those of Kalonzo said the outfit's name is Azimio- One Kenya Alliance.

Kalonzo had reiterated that the name of the One Kenya Alliance must appear in the coalition as they move ahead.

The team agreed to move ahead with the campaigns across the country to popularise the deal.

During the signing, Professor Makau Mutua said that all parties involved had completed deliberations and agreed on the same.

"After this mission, we are going to the Office of the Registrar of Political Parties to make this political party a legal entity," Mutua said.

He added that the coalition political party will now exist, and will be moving across the country. 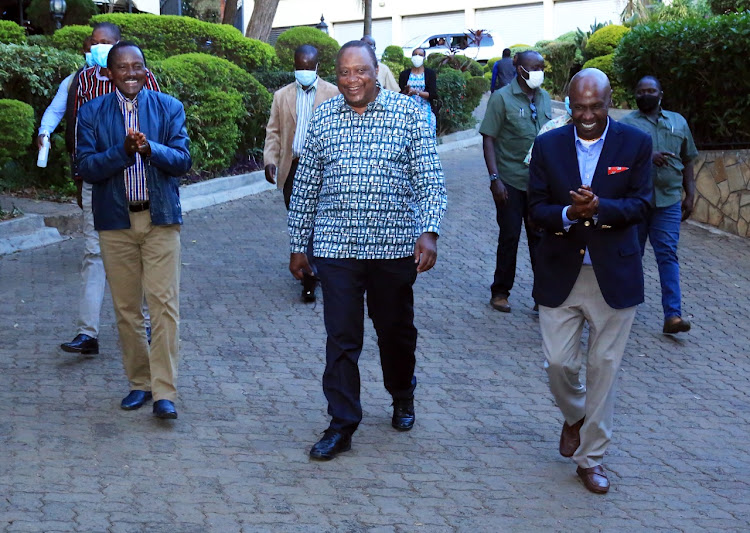 Kitui county Senator Enock Wambua said that Kalonzo will from now take a lead in the campaign of the Azimio.

"From today until August, watch this space, we are going to set the media agenda and the agenda of this country until after the next general election," Wambua said.

Salat said that the coalition will now move to real politics after the agreement.

"From here, we will speak with one voice, we will act with one objective, and we will give our team leader the necessary support."

Earlier on, Mutua, who is Raila's Presidential Campaign Secretariat had said that there was no way they could ink a coalition-to-coalition because the new political parties law does not allow for such an arrangement.

Following Kalonzo's standoff about the name, President Uhuru Kenyatta visited him at his home in Karen Nairobi, together with the Kanu chairperson Gideon Moi.

On March 14, Kalonzo said they didn't know what they signed in deal with Raila's Azimio.
News
2 months ago

Mutua said there was no way they could ink a coalition-to-coalition deal
News
2 months ago
WATCH: The latest videos from the Star
by KEVIN CHERUIYOT Online Journalist
News
01 April 2022 - 15:00