The DP termed the initiative a fraud that was aimed at meeting the selfish interests of few individuals.

• Ruto said the judgment by the Supreme Court was a validation that the BBI was an illegal and an unconstitutional exercise.

• Ruto further stated that the country had lost four precious years in a useless exercise that dragged the realisation of the Big Four Agenda. 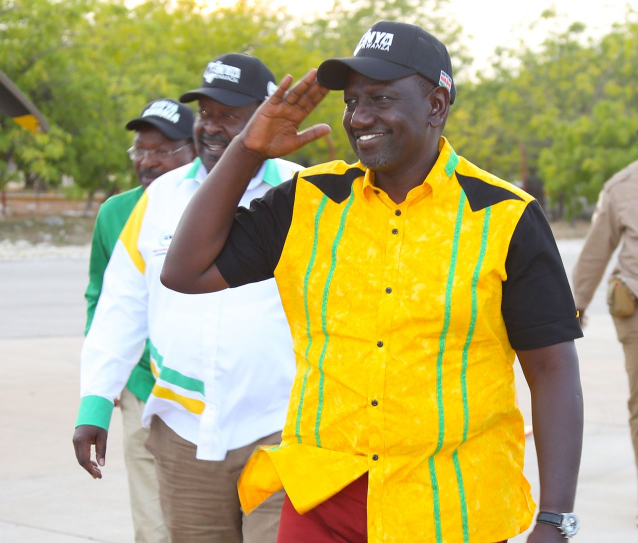 Deputy President William Ruto has said the collapse of the Building Bridges Initiative (BBI) has marked the end to political conmanship in Kenya.

The DP termed the initiative as a fraud that was aimed at meeting the selfish interests of few individuals.

“The end of reggae is the end of political conmanship in Kenya,” Ruto said.

The judgment, the DP said, was a win for millions of Kenyans struggling to make ends meet.

He said the judgment by the Supreme Court was a validation that the BBI was an illegal and an unconstitutional exercise.

Ruto further stated that the country had lost four precious years in a useless exercise that dragged the realisation of the Big Four Agenda.

“The Handshake brothers and the promoters of the BBI must now apologise to Kenyans.”

The DP was speaking on Thursday in Wajir and Lamu Counties where he held a series of public rallies to campaign for Kenya Kwanza.

Ruto explained that Kenyans were no longer ignorant to be exploited and misused by those in power.

“Threats, intimidation and coercion cannot transform a country. It is time leaders grew up and competed on the platform of issues,” noted the DP.

Mudavadi noted that Kenyans cannot continue to suffer because of some selfish and greedy individuals.

“Now that BBI is null and void, those responsible for it must be held to account for the resources that were put in that criminal exercise,” he said.

The ANC party leader observed that “we cannot have a government that is always experimenting on the people of Kenya”.

He noted that BBI ruling is a lesson to criminal and unlawful trends witnessed in Kenya today.

“Azimio la Umoja is another form of BBI that is consuming government resources through corrupt ways. It must be fought,” he argued.

"The President must appreciate that every misadventure has consequences. You (Uhuru) were misadvised, now you carry the shame,” he noted.

The Bungoma Senator said a Commission of Inquiry will be established to hold everyone concerned with BBI accountable.

BBI is a dead document, Tangatanga has won

Kindiki added that the main figure that will have to explain to the country the misuse of taxpayers money in the BBI process will be President Kenyatta.

Duale said BBI was a conduit to steal public resources.

"A forensic audit will be initiated to establish who authorised the usage of public funds in promoting BBI,” the senator said.

Jumwa lauded the apex court for standing for what is right for the country.

“This is a big day; a win to the down-trodden.”

She said Kenyans must also ensure that they vote against Raila Odinga who she termed a State Project, just like the BBI.

“Life has become unbearable because of the Handshake and BBI,” Jumwa stated.

The judgment follows nullification of the BBI by Court of Appeal  on August 25, 2021.
News
7 months ago