They asked Uhuru to explain why Uganda continues to enjoy lower fuel prices than Kenya. 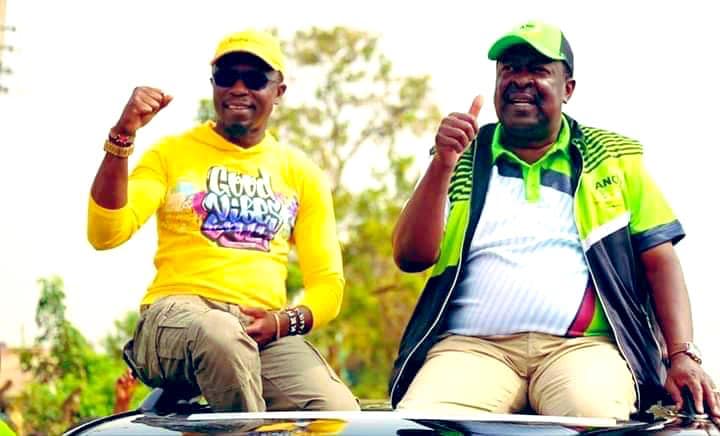 Leaders allied to Kenya Kwanza Alliance have sought an explanation from President Uhuru Kenyatta over the current shortage of fuel in some parts of the country.

Amani National Congress Party leader Musalia Mudavadi questioned why there was a fuel shortage in the country compared to neighbouring Uganda.

He also said the President should explain to Kenyans why Uganda continues to enjoy lower fuel prices than Kenya yet the petroleum products the East African country imports pass through Kenya.

“We want an explanation from the President as to what is happening with the current fuel crisis. Is someone hoarding to create a temporary shortage so as to hike the prices and get money for Azimio campaigns?” said Mudavadi while at Bukalama Resort in Nambale constituency in Busia on Tuesday.

The former Sabatia MP questioned why the government was taking long to use the Fuel Stabilisation Fund to help lower the pump price.

“We recently saw the fertilizer money diverted to security. Has the Fuel Stabilisation Fund also been diverted?” he posed.

He regretted that the Cabinet Secretary for Agriculture as well as the Finance CS have not taken responsibility to explain to Kenyans why the government is unwilling to unveil low-cost fertilizer to farmers.

“The shortage will directly affect the farmers and ultimately make our country food insecure. We also demand an answer for the continued rise in food prices and fertilizer,” said Mudavadi at the Bukalama Resort meeting attended by aspirants, opinion leaders and delegates drawn from parties making up the Kenya Kwanza Alliance.

“We are into the planting season and if there is no fuel and fertilizer, then how will the country be food secure?” said Mudavadi.

He accused ODM leader Raila Odinga of failing to initiate development projects in the populous region despite Western being one of the regions that had consistently voted for him.

“If you want to know that Raila does not value our people, just ask yourself since he 'joined government’ through the handshake, what has he done to communities in Western?” asked Wetang’ula.

The Bungoma senator urged the people of Busia not to let the Mulembe nation down, assuring them that the Kenya Kwanza alliance is well poised to form the next government.

Wetangula urged President Uhuru to stop shielding Raila and let him run the campaigns on his own.

Ababu also urged the Luhya community to rally behind the Kenya Kwanza Alliance.

Ababu hit out at Raila, accusing him of disregarding the Luhya community.

“Wetangula in the last elections went around the region and the country campaigning for Raila and the only appreciation they gave him was to dislodge him from Leader of the Minority seat at the Senate. They also tried to take away his party. This is not the person to work with,” he said.

He lauded the cooperation between Mudavadi and Wetang’ula and their resolve to work together ahead of the August 9 polls.

Echesa said many Kenyans have been pushed to poverty due to the high level of corruption in the government and the appetite for loans that end up in individual off-shore accounts.

“When we form the next government, I will ask Ruto, Musalia and Wetangula to ensure that there is equality in employment across the country,” said Echesa.

Malala asked the Luhya community to accept being led by Mudavadi and Wetang’ula as the country moves to holding the August polls.

He took issue with Raila for being unappreciative to leaders from Western who have for long supported his quest for the Presidency.

“Musalia and Wetang’ula have stood by Raila. Campaigned for him and even dropped their political ambitions just for him to make it State House, but in return, he thanks Mudavadi by calling him a barking dog when he (Mudavadi) questions the high cost of living,” said Malala.

He said in the Kenya Kwanza, Mudavadi and Wetang’ula have negotiated for 30 per cent of positions in Deputy President William Ruto’s government.

He said for the 30 per cent slots to be realised, the Luhya community must support the two leaders and vote for a Kenya Kwanza presidential candidate.

“For us to make it and get what we have negotiated for, we must make use of our numbers and vote in the Kenya Kwanza leaders,” he said.

Azimio and Kenya Kwanza leaders have pitched tent in the region for the last three days.
News
10 months ago