He said delay in achieving 100% connectivity was majorly brought about by pandemic.

•Oguna said electrification of most public facilities was done to ensure service delivery to residents.

•He warned about transformer vandalism and asked Kenyans to report such incidents to the relevant authorities. 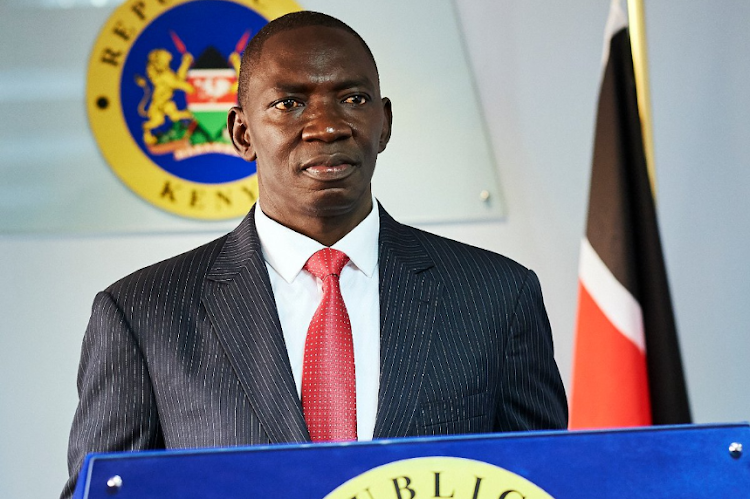 Government Spokesperson Cyrus Oguna at a past event.
Image: COURTESY

The Ministry of Energy has reported an increase in electricity connectivity in Kenyan households.

According to the government spokesperson Cyrus Oguna, 75 per cent of the Kenyan population is connected to electricity with an increase of 6.9 million since 2014.

Speaking in an online webinar on Monday, Oguna said the delay in achieving 100 per cent connectivity was majorly brought about by the Covid-19 pandemic.

He added that electrification in areas where there is no connectivity is ongoing with a projection of being completed by the end of this year.

The ministry also noted that 3,178 street lights have been installed across the country, a huge contributor to the realization of Kenya’s 24-hour economy.

Oguna said electrification of most public facilities was done to ensure service delivery to residents.

“Electrification of health centers, areas of worship and boreholes have been done. 22,927 schools have also been electrified to support the digital literacy program,” he said.

Oguna said the energy sector is undergoing reforms to look into how energy can be procured by citizens at a lower rate.

“The ministry of energy is set to bring down the cost of power for households and businesses with a recommendation to have power tariffs at five cents,” he said.

Oguna warned about transformer vandalism and asked Kenyans to report such incidents to the relevant authorities to end the inconveniences brought about by such acts.

“The Ministry of Energy loses five to six transformers per week, a practice that is not good or sustainable for our development. These transformers support several households or institutions,” he warned.

The ministry also warned Kenyans about illegal electricity connections. He noted that some households, especially those located in semi-formal settlements, have connected to power illegally.

Oguna said that connecting electricity illegally had led to the loss of lives in some instances.

“Please note that it is very dangerous to have power connected to your premises through electric live wires,” he said.