Raila is a project orchestrated by three families – Gachagua

The MP claimed that three families are after protecting their business.

• He has asked Kenyans to stand up and oppose the presidential bid of Raila, saying that the country should not be captured by the three families.

• Gachagua said that the three families have been sitting down, saying that they want to control the country. 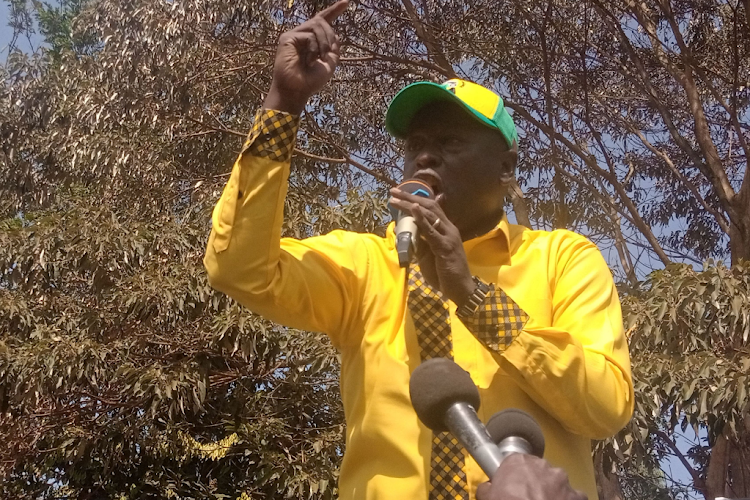 Mathira MP Rigathi Gachagua has yet again said ODM leader Raila Odinga’s presidential bid under the Azimio la Umoja movement is a project orchestrated by the three powerful families in the country.

Making his remarks during the Safina Party NDC meeting on Monday, at the Bomas of Kenya in Nairobi, Gachagua claimed the three families wants to stay in power for 200 years.

“The project that is being pushed around is a deliberate scheme of family capture, where the three families have sat down and decided that they want to rule Kenya for the next 200 years.,” Gachagua said.

Gachagua went further and asked Kenyans to reject Raila's presidency and liberate Kenya from the hands of the dynasties.

During the NDC meeting, the party endorsed Jimi Wanjigi as its presidential aspirant in the August 9 elections.

Paul Muite to Ruto: We'll invite you to government if Wanjigi wins presidency