Not true! Martha Karua denies she will attend Ruto NDC

•Ruto will be endorsed as the UDA flagbearer on Tuesday.

• The UDA NDC will be held at Kasarani Indoo Arena. 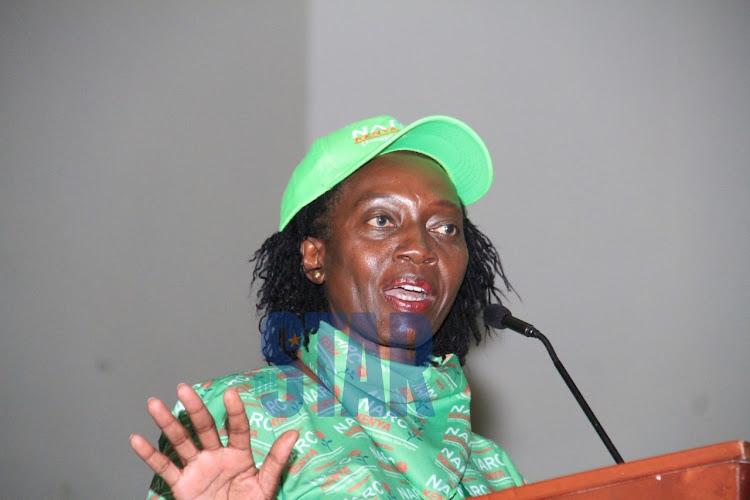 This comes hours after Ruto allies said in a press conference that the Narc Kenya leader is among the leaders expected to attend.

When asked on social media to verify whether she will attend UDA NDC on Tuesday, Karua reacted by tweeting "Not True"

Earlier on, UDA legal secretary Edward Muriu told the Star that all officials from Kenya Kwanza will attend the UDA conference.

“UDA delegates’ conference will bring all the leaders together including Martha Karua, Mwangi Kiunjuri, Kuria and Kabogo among others,” Muriu said.

“We expect other guests including Martha Karua but we will not tell their names right now,” Kindiki said while addressing a press conference on the NDC on Monday.

The NDC is expected to endorse Ruto for the presidency.

When asked where she was while her colleagues were signing the deal, Karua tweeted "Relaxing at home".

The UDA NDC will be held at Kasarani Indoor Arena.

The endorsement of Ruto will set the stage for fierce battle considering that Raila was endorsed for the presidency on Saturday.

Karua is yet to announce her political direction after other OKA leaders joined Azimio.
News
2 months ago

The postponement is to allow Moses Kuria to attend the UDA NDC.
News
2 months ago
“WATCH: The latest videos from the Star”
by KEVIN CHERUIYOT Online Journalist
News
14 March 2022 - 18:49