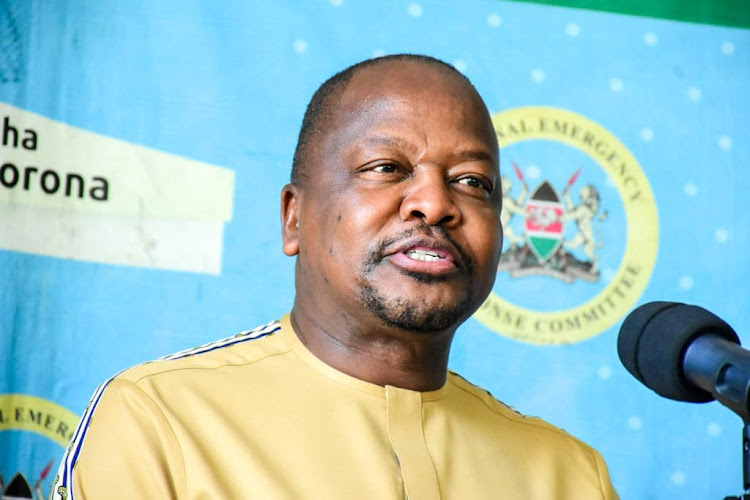 The move by the Health ministry to lift masking has been greeted with mixed reactions from ordinary Kenyans and health experts.

The Health Cabinet Secretary Mutahi Kagwe Friday announced that wearing of masks in public places has been lifted.

However, wearing of masks in all indoor functions, in person worship, indoor meetings and while boarding a matatu, train or plane is still encouraged.

Joan, a Nairobi resident, said wearing of masks should go on to help curb other respiratory infections and diseases that have since gone down.

“It has been confirmed that since people started wearing masks and regular washing of hands, diseases and rates of hospitalisations due to diseases such as diarrhoea have gone down," she said.

"The masks have helped in filtering germs and particles from the air hence reducing the infections.”

Another Nairobi resident, George, said doing away with masks when the disease is still in the community should have been considered as the country is headed to the elections.

“This is a bad idea. I feel the vaccine mandate should have remained, especially now that we are heading to the elections and we are already witnessing major rallies,” he said.

Other Kenyans however welcomed the move, adding that it was long overdue since even majority of people were not observing the rules, but were instead being used as ‘cash cows’ by law enforcement agencies.

Health experts have lauded the move by the ministry to revise the containment measures.

Leading pathologist Dr Ahmed Kalebi told the Star that Kenya may still get another wave with the next flu seasonal cycle in end of March or April but considering the community immunity wall that exists from past Covid-19 infections and vaccination, there should be no concern for a severe wave.

Kalebi further said the country has increased capacity in the health system to handle Covid-19 unlike before.

“The announcement was long overdue as our positivity rate has been below five per cent from January 22 and coming on the back of a rapid descent from the highest Omicron spike which was fortunately relatively mild,” Kalebi said.

“It means majority of Kenyans have immunity from past infection and/or vaccination, thus by mid-February the public health measures ought to have been revised accordingly.”

Global Health expert Dr Benard Muia said the move is welcome, based on the existing scientific evidence that has seen low infection rates, hospitalisations and mortality rates go down in the recent months.

He said that it is likely that a majority of Kenyans, estimated to be more than 75 per cent, have already been infected with the disease, and the country is on the path to attaining herd immunity.

“Data we are collecting is showing us we have statistically significant reduction of the disease in the community in both urban and rural areas. The current trend is that we are testing those people who have symptoms,” Muia said.

The CS announced that all in-person worship to resume at full capacity as long as the congregants are vaccinated with the interfaith council urged to develop protocols to facilitate the resumption of full congregational worship.

Similarly, all in-person indoor meetings have been restored to full capacity as long as the participants are vaccinated.

“Event organisers are required to ensure this is followed as they will take responsibility for events at which unvaccinated people are present,” Kagwe said.

Other measures revised include abolishing of temperature screening at public places.

“All quarantine is stopped with immediate effect. This applies to both vaccinated and unvaccinated. All passenger service vehicles, train and domestic air flight services may resume at full conveyance capacity,” the Health CS said.

According to the revised measures, international travellers who are fully vaccinated will be exempted from the requirement of a PCR test, while those who are unvaccinated will be required to have  negative PCR test result conducted not more than 72 hours before departure.

Persons travelling out of the country will be required to abide by the particular travel, health and Covid-19-related requirements of the destination country.

You'll have to show vaccination proof to access services - MoH

The services to be affected include KRA services, education, immigration.
News
10 months ago

Kenya to vaccinate 26 million people against Covid by March 2022

As at Wednesday, 5.8 million vaccines had been administered across the country
News
1 year ago