Kivutha said he will be in a position to steer the wheels of devolution properly.

• Makueni Senator Mutula Kilonzo Junior has so far expressed interest in the seat to succeed Kibwana.

• The governor is serving his second and last term in office which will come to an end on August. 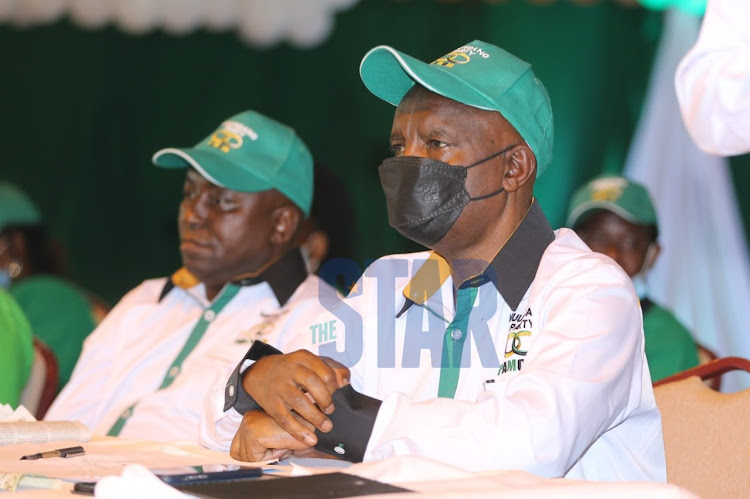 Makueni Governor Kuvutha Kibwana has expressed interest for the Makueni Senate seat under the Muungano Party in the August 9 elections.

The governor, who is serving his last term in office said that being at the senate will help him to safeguard devolution properly.

He spoke in Makueni in an event on Friday, saying that the locals have been pushing him to vie for the seat.

“Ninajua kwamba katika kule kusaidia devolution hapa kwetu kwa iyo kazi ya oversight…ninaweza kusaidia katika Senate kwa kazi ya ugavana nikijua kazi ya gavana (I know that to help the devolution in our county in terms of oversight role…I will be useful in the Senate because I will be I already know how the governor works ),” Kibwana said.

He also said that he will be in a position to steer the wheels of devolution countrywide while sitting at the senate.

“Sio kujivuna, iyo ni kitu ninajua. Ninajua pia vivyo kwa sababu nina wafadhili ambao nitawaletea gavana aendelee na kazi kwa sababu hata sasa nina mipango nyingi na wafadhili (I’m not bragging, it's what I know. I know that because I have sponsors who I will introduce to the next governor to continue with the work because even as we speak, I have some plans with the sponsors),” the governor added.

Muungano Party is among the parties that have endorsed ODM leader Raila Odinga for the presidential race.