• According to the World Health Organisation (WHO), adolescent girls and boys are more likely to justify gender-based violence than adult men and women.

• This is attributed to the fact that they have grown up seeing this type of violence in their homes or communities. 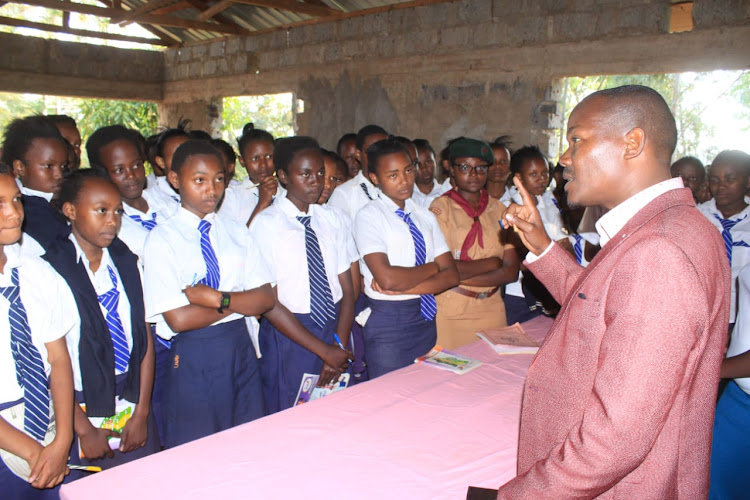 Gender-based violence (GBV) is a very common trend among countries that are patriarchal in nature.

According to UN Women, one in every three women has experienced violence at one point in their lifetime.

Globally, the pandemic saw a drastic rise in GBV cases.

However, the pandemic cannot be blamed for this increase as UN Women Country Director Anna Mutavati has said in the past.

"Gender-based violence was already present in our communities, the pandemic only exacerbated the issue," she said.

There is still rising concern about GBV and how we can put an end to this.

With Kenya being a highly patriarchal society, GBV has become such a culturally entrenched phenomenon.

According to the World Health Organisation (WHO), adolescent girls and boys are more likely to justify gender-based violence than adult men and women.

This is attributed to the fact that they have grown up seeing this type of violence in their homes or communities.

These young children feel that violence is necessary in order to have respect, loyalty, and understanding between couples.

In patriarchal societies such as Kenya, men are often portrayed as dominant figures so violence to express this is often seen as acceptable.

This means that to curb GBV, we need to start addressing it as early as childhood by teaching adolescent boys and girls that violence against women and girls is wrong.

Positive gender roles and norms can shape their mindset towards gender-based violence.

According to a research report by the WHO, titled Promoting gender equality to prevent violence against women, the school-based programs targeted towards changing this perception can work.

They said that a number of initiatives have been developed to address gender norms, dating violence, and sexual abuse among teenagers and young adults.

"Evaluations of these programmes suggest they can increase knowledge about dating violence and improve attitudes towards it," they said.

The Safe Dates programme has yielded positive results, according to the research, with violence against young women being reduced significantly, albeit short-term.

If more can be invested in such studies, then a greater long-term impact can be achieved, helping to make great strides in ending gender-based violence.

Delayed justice a thorn in fight against gender-based violence- experts

CREAW said justice was vital in the fight against the vice.
News
5 months ago

Survivors are at high risk of repeated victimisation
Opinion
5 months ago
WATCH: The latest videos from the Star
by SELINA TEYIE
News
28 February 2022 - 12:20