Mwakwere maintained that OKA is ready for structured talks with Azimio La Umoja.

• Mwakwere who is the Wiper party chairman said the former Vice President was attending some engagements.

• He however maintained that OKA is ready for structured talks with Azimio La Umoja. 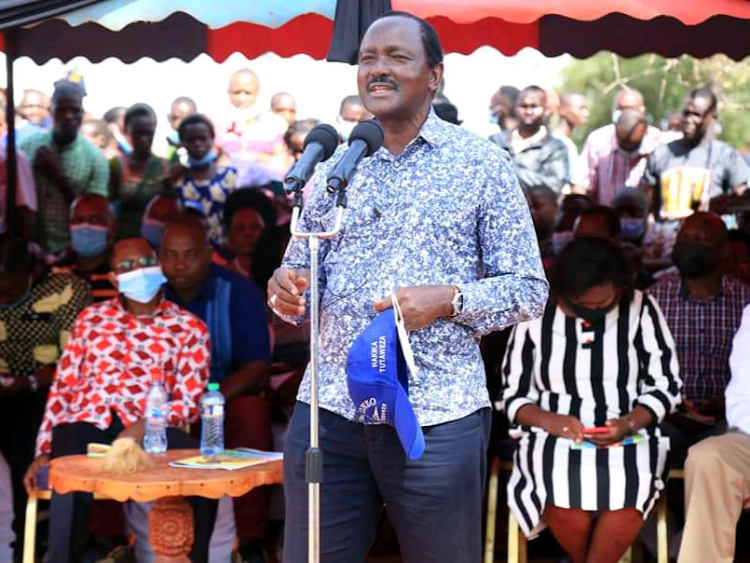 Mwakwere who is the Wiper party chairman said the former Vice President was attending some engagements and could not make it to the Kasarani meeting.

"For reasons known to these leaders, our party leader could not make it to this NGC," Mwakwere said.

He however maintained that OKA is ready for structured talks with Azimio La Umoja.

Earlier on, during the Jubilee party NDC at KICC, Kalonzo had expressed his commitment to joining the Azimio la Umoja.

He said their joining should be well structured to ensure that the outcome of the team fronted as deputy and presidential candidates bag the win in the August 9, polls.

He boldly said the poll is a must-win of the Azimio-OKA alliance adding that they should be united towards achieving that.

“I know my friend here governor Amason Kingi had his predisposition before he came, and so as Wamunyinyi. Relax, we are only guided by what is important for this nation. We cannot afford to lose this election. We can’t,” Kalonzo said.

Kalonzo also assured the President that they will walk with him as the One Kenya Alliance in fulfilling his dreams of a united country.

“We are on this journey as OKA, but we’ll negotiate, dialogue, honest conversation correcting even historical imbalances because building a coalition is not easy.”

He asked the president to take the leadership of the Azimio coalition.

Armed officers stood in the way of Wanjigi and his entourage.
News
9 months ago

Raila was treated to a heroic welcome with party delegates giving him a standing ovation.
News
9 months ago
Post a comment
WATCH: The latest videos from the Star
by LUKE AWICH Political Reporter
News
26 February 2022 - 16:25
Read The E-Paper