Ruto to take 12-day break from campaigns, heads to UK and US

He will also have a meeting with Kenyans in Diaspora.

• The DP will share his thoughts on foreign policy, democracy, and governance, and expound his economic vision for Kenya and Africa. 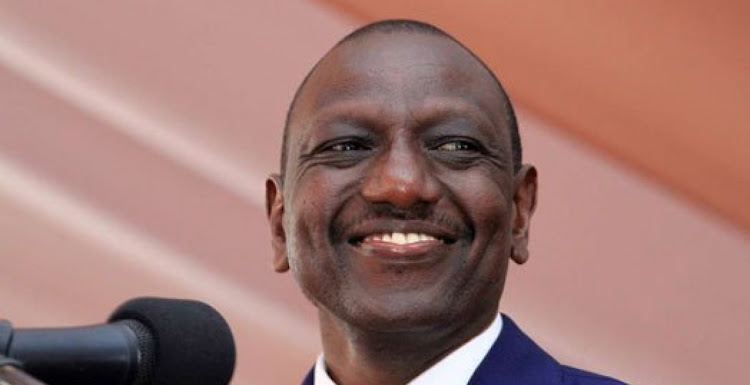 Deputy President William Ruto is set to take a break from his political campaigns for a 12-day tour of the United States of America and the United Kingdom.

His head of International relations Ababu Namwamba announced the tour and said he was honouring invites by senior officials and top policy institutes in Washington, DC, and London.

“In Washington, DC the Deputy President is scheduled to meet, among others, officials of the State Department and the Pentagon as well as the US Government National Security Council (NSC) Advisor.”

The DP will leave the country on Sunday, February 27.

Ruto will share his thoughts on foreign policy, democracy, and governance, and expound his economic vision for Kenya and Africa.

He will also speak at the Carnegie Endowment for International Peace, the Center for Strategic and International Studies, and at the University of Arizona’s Washington Entrepreneurship Hub.

The USA leg of the trip will conclude with a meeting with Kenyans in diaspora.

"In London, Ruto will meet senior UK Government officials, visit the NationalCounter-Terrorism Center and speak at both the Commonwealth Secretariat and the Royal Institute of International Affairs (Chatham House). He will also engage the Kenyan Diaspora in the UK, and pay a courtesy call on the archbishop of Canterbury, His Grace Justin Welby," Ababu added.

ANC leader Musalia Mudavadi is expected to be part of the DP's entourage.

Uhuru's speech was characterized by disparaging remarks aimed at Ruto.
News
4 months ago

Says Ruto is blocking the region for selfish interest
Counties
4 months ago
“WATCH: The latest videos from the Star”
by KEVIN CHERUIYOT Online Journalist
News
24 February 2022 - 17:32