Mandago said the choice of venue was strategic owing to Kenya's political history. 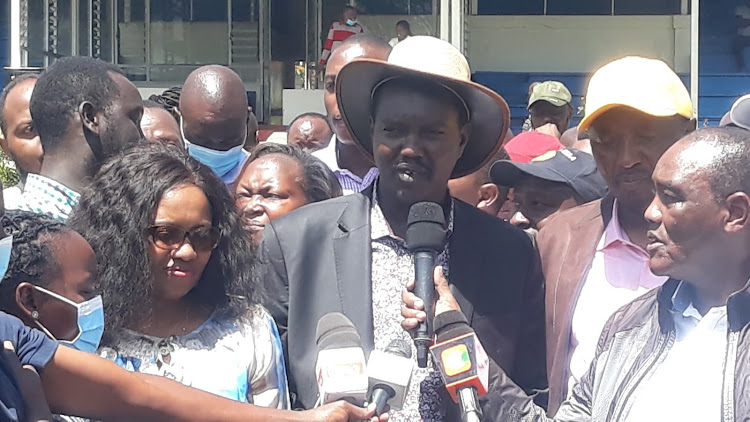 Preparations for a mega rally organized by the United Democratic Alliance party and its partners in Nakuru are underway.

The meeting, set to be held at the Agricultural Society of Kenya showground,  will bring together UDA, ANC and Ford Kenya parties who have pledged to work together.

A team of leaders among them Uasin Ngishu Governor Jackson Mandago, Kapseret MP Oscar Sudi and Nakuru Senator, Susan Kihika today inspected the venue and urged Kenyans to turn out in large numbers.

Gikaria said the meeting could have been held at the famous Afraha Stadium but the organisers were compelled to move to the ASK showground because the former is under reconstruction.

"We realise that this grounds are too small for the rally but we have no option because Afraha is under rehabilitation," he said.

It is in Nakuru that the first handshake between Uhuru Kenyatta, then under The National Alliance, and William Ruto, previously of the United Republican Party, occurred.

Mandago said their choice of having the first coalition meeting in Nakuru was because of her role in Kenya's political history.

"We want to cement our unity with ANC and Ford Kenya in Nakuru because what is started here is bound to succeed," he said.

He said besides the Bomas of Kenya meeting on Sunday, where the three parties agreed to work together, tomorrow's meeting will have a whole chapter in Kenya's history. 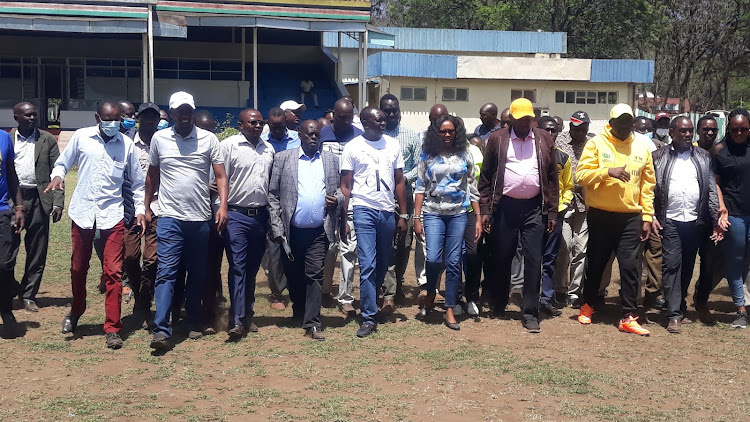 He invited Kenyans of all walks to listen to the new alliance's agenda and policies.

"We want a Nation where people can peacefully generate and create wealth," he said.

He observed that Kenya was importing food and products from East African countries which used to buy from her adding that the coalition would change the situation.

Mandago said the alliance partners would not allow elections-related violence.

He urged bodies mandated with ensuring peace and security to perform their roles diligently failure to which they would be held liable.

However, she was categorical that the Deputy President's party was not ready to work with village parties.

She claimed village parties were being formed to divide Kenyans on ethnic grounds.

"UDA will only form coalitions with parties that have a national outlook such as ANC which has offices in all parts of the country," she said.