Police officer Mutuku, his friend Chepkwony were charged in 2018 with stealing a Narok county government lorry 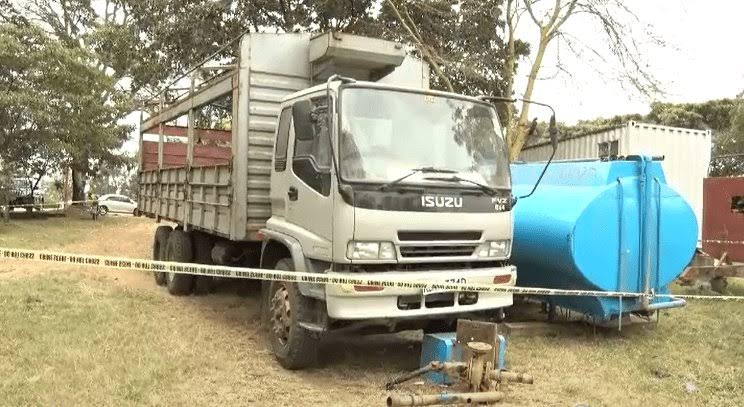 Details of those killed and their bodies dumped in River Yala continue to emerge as families identify their relatives who have been missing.

Three of the 19 bodies retrieved from the river have so far been identified with authorities saying two of them were criminals with a case pending in court.

Former police officer Peter Kioo Mutuku and his friend Philemon Chepkwony are among those whose bodies have been identified at the Yala Subcounty Hospital Mortuary.

The third is that of Erastus Ndirangu, a 45-year-old businessman who went missing in November last year while on his way to Nakuru from Nairobi.

Mutuku was a former General Service Unit officer based at the headquarters and was a close friend to Chepkwony.

The two went missing on December 2, 2021 as they drove in a hired car to Kericho. The car was found abandoned in Gilgil.

Mutuku and Chepkwony were arrested alongside Timothy Kamonde Kaguru and charged in 2018 with stealing a lorry belong to the Narok county government.

They had pleaded not guilty to stealing a water bowser belonging to the county government. They were later in 2020 released on bond.

Mutuku was also charged with being in possession of 63 papers that resemble Sh1,000 notes that were found at his home in Drive Inn in Nairobi.

They faced another charge of being in possession of ammunition without a firearm certificate.

The court was informed that the Mutuku was on interdiction allegedly due to similar offences committed in Mombasa. Officials are  investigating the cases.

The mortuary’s capacity of 16 bodies has been overstretched after over 21 bodies were recently retrieved from the nearby River Yala.

Amnesty International now seeks to bring together leaders from the region to forge a way forward.

Many more families have trooped to the Yala morgue with hopes of finding their loved ones, after reports of unclaimed bodies in Yala emerged.

Twenty of the corpses were allegedly fished out of River Yala, one of them being female and the rest male.

Inspector General of Police Hilary Mutyambai said investigations into the cases are ongoing and experts from the DCI headquarters are handling the matter.

The revelations on the two Yala victims are similar to a case in which four men who police said had past criminal activities were abducted from Kitengela area, Kajiado county in April 2021 before their bodies were found in a river in Murang'a.

The bodies of Elijah Obuong, 35, Benjamin Imbayi, Brian Oduor and Jack Anyango Ochieng were retrieved by police from different locations on April 29, 2021.

They were all linked with criminal operations including robbery with violence and run ins with rogue police officers.

The bodies appeared to have a similar pattern of disposal; being tied to heavy objects in an apparent move to keep them submerged in water.

Many more people with criminal history are missing and efforts by the families to trace them are ongoing.

Police headquarters has asked all police commanders to compile a list of all missing persons whose cases pend under investigation in the past five years.

HAKI Africa wrote to DPP Noordin Haji requesting his intervention over the issue in Yala after it emerged some of the victims had been tortured and possibly murdered elsewhere before their bodies were dumped in the river which empties into Lake Victoria.

Lawmaker says agencies are yet to establish the people behind the dumpings.
News
6 months ago

Deceased brother explained that his brother's remains had been tortured severely.
News
6 months ago

Police should investigate and prosecute who was responsible for the River Yala murders, even if it was one of their own.
Opinion
6 months ago
by CYRUS OMBATI Chief Crime Reporter
News
24 January 2022 - 06:25