• While sharing his bottom-up agenda with the residents, the DP urged them to vote for Kachapin as their next governor. 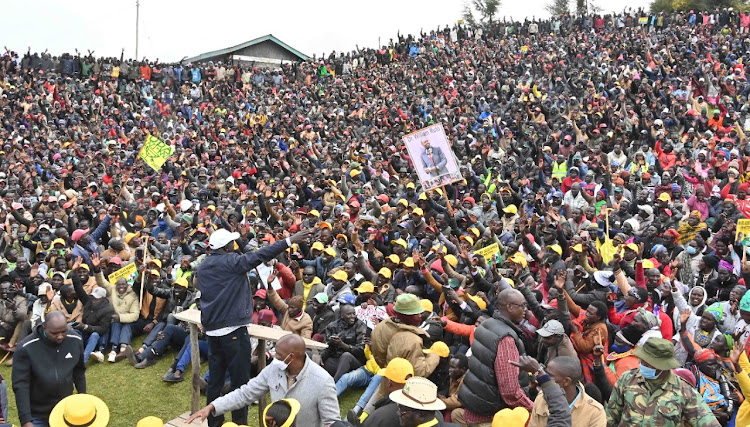 The race for the West Pokot gubernatorial seat is set to be stiff competition between the incumbent Prof. John Lonyang’apuo and former governor Simon Kachapin.

On Friday, during his campaign at Tapach in West Pokot, Deputy President William Ruto endorsed Kachapin and introduced him to the cheerful crowd.

While sharing his bottom-up agenda with the residents, the DP urged them to vote for Kachapin as their next governor.

Kachapin was defeated in the last general election by the incumbent county boss under the Kanu ticket.

He is now seeking to reclaim the seat using the UDA party. 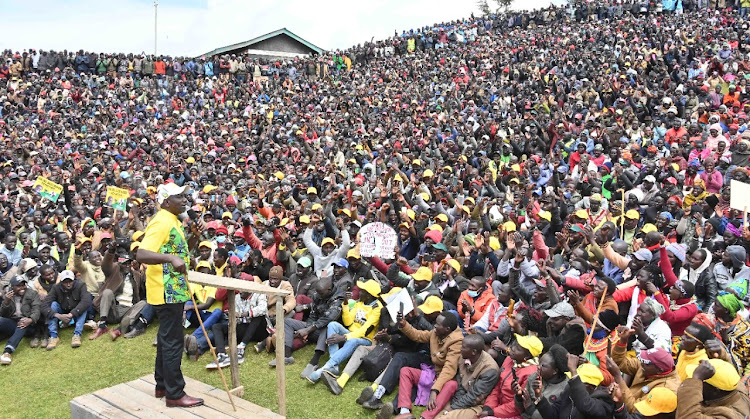 Governor Lonyang’apuo has already declared support to the ODM party leader Raila Odinga who will be seeking to succeed President Uhuru Kenyatta come to the August 9 election.

During his recent tour to the county, Raila was handed over a Memorandum of the People, which was presented to him by the governor on behalf of the Pokot community from West Pokot and Tiaty.

The document outlines the community's areas of priority that have been neglected since independence.

The governor expressed confidence Raila could scoop over 300,000 votes from the county.

One of the requests made was the creation of the Pokot Community Code, which will be majorly used to identify the community.

Kachapin was a KANU member before decamping to Ruto’s team and is coming from the area dominated by Gideon Moi’s party, where Majority Leader in the Senate Samuel Poghisio comes from.

West Pokot presents list of demands to Raila during tour

Ruto was in Machakos on Thursday, where he visited over eight towns.
News
4 months ago
by KEVIN CHERUIYOT Online Journalist
News
21 January 2022 - 18:11