ANC boss kept off a retreat to hammer a deal on the Oka presidential flag bearer. 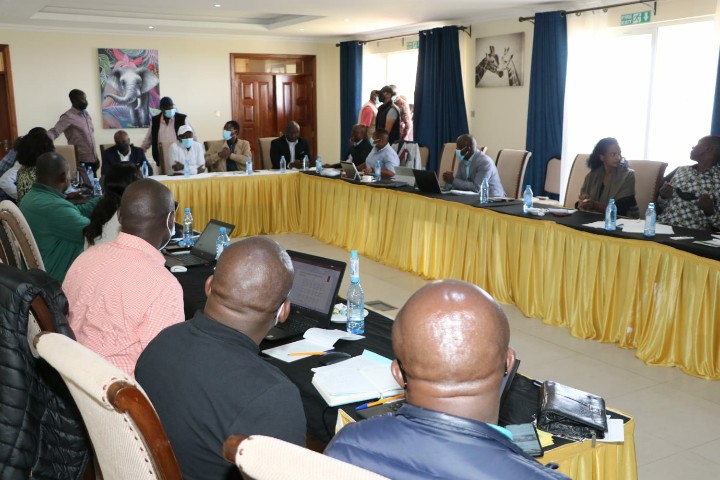 Amani National Party leader Musalia Mudavadi is a no show at a critical meeting in Naivasha set to strike a deal on Oka's presidential flag bearer.

Musalia's absence at the make-or-break meeting has cast doubt on his commitment to Oka and could signal an imminent implosion in the alliance.

His partners Kalonzo Musyoka(Wiper), Moses Wetangula(Ford Kenya) and Gideon Moi of Kanu are currently at Elmentaita where they are meeting the Oka technical committee.

This even as details emerged on Friday morning that the technical team had concluded in their simulations that Kalonzo is the best bet to fly the Oka presidential standard.

On Friday and as the retreat was underway, Musalia took to his Tweeter account to declare that a 'storm is coming.'

"A storm is coming! Who can you trust," Musalia tweeted urging Kenyans to meet him at Bomas of Kenya.

He followed this with a telling hashtag#Tusidanganyane#KenyaKwanza. 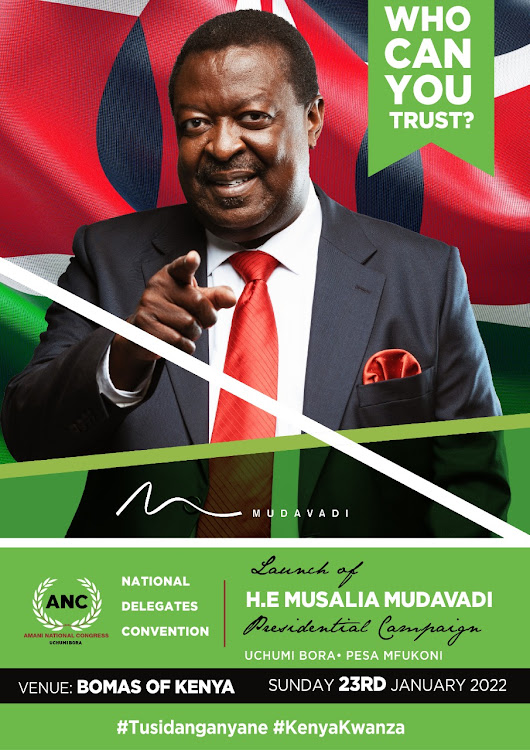 The remarks triggered speculations that Musalia could be referring to some betrayal within the Oka outfit.

Musalia's ANC party is set to hold a National Delegates Convention on January 23 to endorse him as the party's August 9, presidential candidate.

The Wiper boss is top on all the three simulations done by the Oka technical team.
News
2 days ago