They were transferred to Sota beach in Tanzania where they are being held. 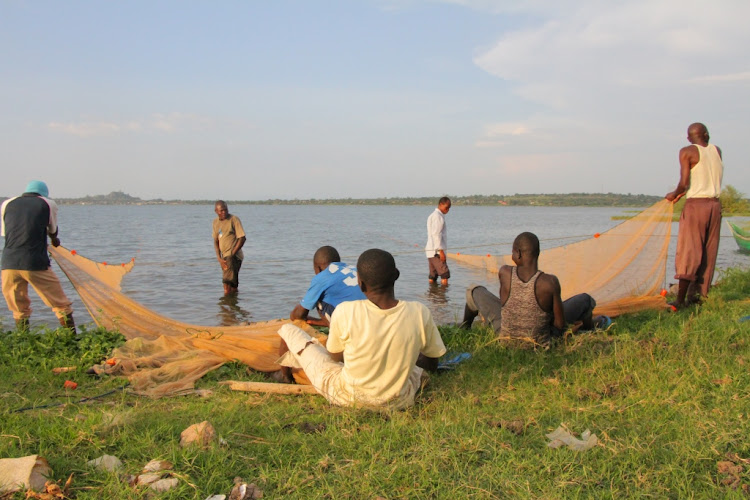 Kibro Beach Management Unit chairman Joel Maulidi said the six were accosted by Tanzanian authorities while on a fishing expedition before being transferred to Sota beach in Tanzania where they are being held.

Joel said the foreign security agencies did not seek ransom to secure the release as had been in the past and they expect them to be charged with trespass and illegal fishing.

“We have sent a team which left for Tanzania on Tuesday to negotiate terms for their release," Maulidi said.

"[We also want] our fishing  gears, two boats and the entire catch which were also confiscated during the Monday night raid released.”

Speaking to the Star on the phone on Wednesday, Maulidi said “Tanzanians have not told us exactly what they want. I’m heading to Tarime where they are expected to be transferred to see if we can secure their release.”

On Wednesday Muhuru Bay MCA Hevron Maira said leaders and fishermen in Lake Victoria have been pushing for a joint East African licensing in the fishing industry to end the continued stalemate in the lake.

He said, as leaders, they are concerned after another six fishermen were detained in a similar fashion on June 15, days after nine others were held captive for alleged trespass into Tanzanian waters.

“A joint East African license is the only way out to bring to a stop the incessant detention of Kenyan fishermen," he said.

"Territorial boundaries in the lake are not clearly spelt out and in most cases, it is the Tanzanian authorities that end up straying into Kenyan waters and making the arbitrary arrests.”

“It will ease working relations between the three countries and bring to an end the constant harassment. Our fishermen will easily work in the lake with minimum cases of arrests,” Maira added.