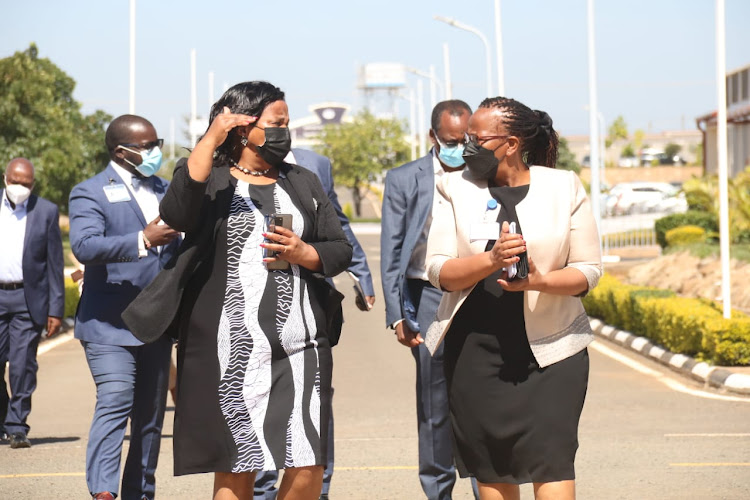 The Kenyatta University Teaching and Referral Hospital board is in talks with NHIF to increase the reimbursement for PET/CT scans offered at the facility.

The cancer imaging centre began operations on Monday with a target to scan at least 50 people per day using the two PET/CT scan machines available.

The hospital’s board chairperson Prof Olive Mugenda said the current Sh40,000 approved by NHIF is way too low to cater for the costs incurred, including consumables.

Patients under NHIF who wish to get a scan will be required to get approval from the national health insurer, while those under private insurance schemes to part with Sh60,000 and Sh55,000 for cash payment option.

The management has however said that patients under the NHIF scheme will not be made to do a top up payment.

“What is being approved now by NHIF is Sh40,000. So if you have it approved by NHIF and you come here (for treatment), you will not be required to add," Mugenda said.

"But of course that will be different for other insurances and also for people who are paying cash. For NHIF, we are going to charge what NHIF approved at least for now,” she said.

Kenyans were previously forced to travel to either India or South Africa for the scan.

The Aga Khan University Hospital Nairobi was the first hospital in the region to introduce the state-of-the-art technology in 2018, making it the first scanner in East and Central Africa

It is the most advanced imaging technology used to detect cancer, heart problems and brain disorders, including problems with the central nervous system.

The NHIF is covering the full cost of the PET scan, estimated at Sh69,500 per patient.

“We will be working with NHIF to see whether that amount can be improved because it is on the lower side in terms of the production of the FDGs and the process, but for now we will charge that,” Mugenda added.

The Kenya Medical Practitioners and Dentists Board CEO Daniel Yumbya in a past interview said the government had stopped sponsoring patients from travelling outside the country for cancer diagnosis using PET scans as the services were now available in Kenya.

Yumbya said only patients who pay for all their treatment costs can be approved for PET scans abroad.

“Also there must be evidence that there shall be significant health benefits to the patient in seeking treatment abroad,” Yumbya said.

According to the medical board, patients can still be approved to travel when there is strict evidence as this would be the most cost-effective option for them.

The scan uses a special liquid dye containing radioactive tracers, which is injected into a vein on the arm. The tracers collect in areas of higher chemical activity, like the cancer-infected areas.

These areas show up as bright spots on the PET scan.

“We will not only be doing the diagnosis of cancer, but we will also be producing the isotopes which are the consumables used to diagnose cancer and even share it with other facilities all over the country,” hospital acting CEO Victor Njom said.

He added, “With this new technology we are able to look at the body, how it is functioning and, in that way, pick up abnormal cells very early because these cells behave abnormally and that is the main advantage of PET scan.”

The first comprehensive cancer centre in the country and the region is expected to offer early diagnosis and treatment monitoring.