An unknown number of police officers were injured in the attack.

• An unknown number of police officers were injured in the attack that happened between Mkunumbi and Hindi.

• The gang is believed to have attacked the police Landcruiser using a Rocket Propelled Grenade or an improvised explosive device. 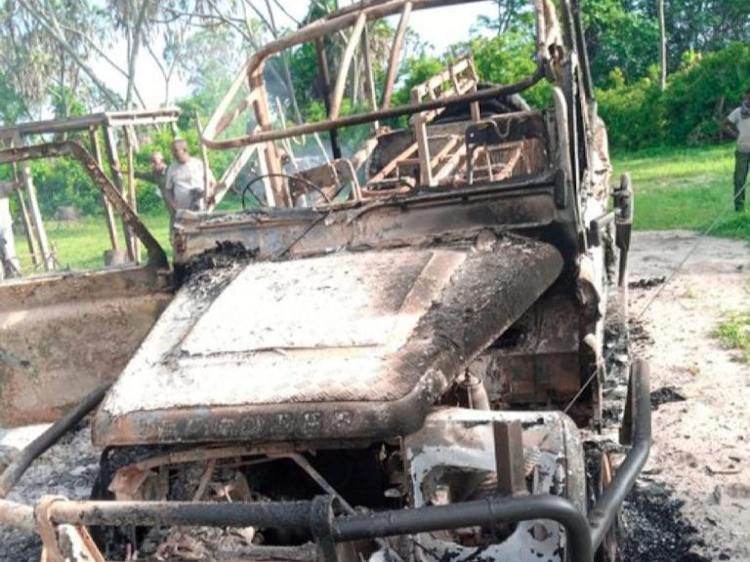 The gang is believed to have attacked the police Landcruiser using a Rocket Propelled Grenade or an improvised explosive device.
Image: COURTESY

At least four police officers were on Friday killed when a vehicle they were travelling in was attacked by gunmen in Milihoi, Lamu county.

An unknown number of police officers were injured in the attack that happened between Mkunumbi and Hindi.

The officers also fought back and reports indicate a number of the attackers believed to be al-Shabaab militants were injured.

The gang is believed to have attacked the police Landcruiser using a rocket-propelled grenade or an improvised explosive device.

It is the same area where former PS Mariam Elmawy was attacked and killed in 2018. Witnesses said the attack happened at about 9 am.

This was as the police vehicle moved towards Lamu direction in a convoy.

A contingent of officers stormed the scene and reported seeing bloodstains into the nearby forest amid a hunt on the attackers.

The area is among those under the dusk to dawn curfew. And that explains why the attackers targeted the officers daytime.

The National Security Council met for the first time this year to discuss attacks in parts of Lamu county that have now left 11 people including the officers dead.

The council which met under the chairmanship of President Uhuru Kenyatta on Wednesday later issued a number of orders to be implemented as part of efforts to address new insecurity threats in the area.

Among them was the 30 day dusk to dawn curfew effective Wednesday, January 2022.

“Incidents of criminal attacks that have led to the loss of seven innocent lives have been reported in Widho Sub-location, Majembeni Location of Lamu County.”

“The attacks have also occasioned the destruction of private property and unsettled residents in the affected and surrounding areas,” said the CS. 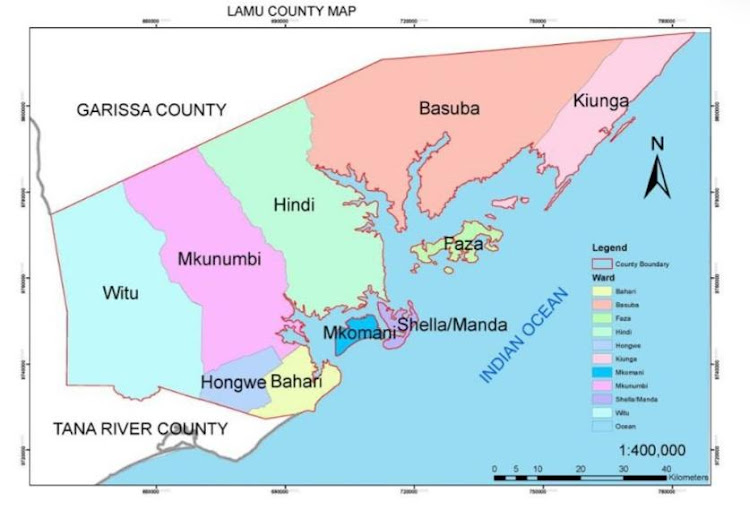 Government imposed a dusk to dawn curfew in some areas in Lamu County.
Image: The Star

He added in accordance with Section 106 (1) of the National Police Service Act, 2011, the National Security Council declared some parts of Lamu County as disturbed areas and ordered a dusk-to-dawn curfew.

The government has declared a 30-day dusk-to-dawn curfew on parts of Lamu.
News
4 months ago

“Residents in the disturbed areas are requested to cooperate with the security agencies and to share information on suspicious persons and activities,” said Matiangi.

Officials said the incidents are domestic terrorism which are being fanned by some.

At least 15 suspects were arrested over the attacks.

It came as more security officers were deployed in the area to trace more suspects over the latest attacks.

It came two days after a boda boda rider was on New Year day killed after his motorcycle ran over a bomb that was set on the road in Kiunga, Lamu County.

Officials who attended the scene said the Improvised Explosive Device had been set by al-Shabaab militants sighted in the area.

The rider was ferrying khat to the near Kenya-Somalia border when his motorcycle was hit.

He died on the spot, police said.

Bomb experts said the explosive used in the attack was made using a different technology.

The attack prompted an operation spanning from Mandera, Wajir, Lamu and parts of Kilifi Counties with several multi-agency teams being deployed.