Says in the event her husband returns alive, they will move out of the country.

• Mezgebo said her first two children are the most affected and she has a weekly appointment with a counsellor to help them cope them with the situation.

• Mezgebo said while the families of those who picked her husband made merry during Christmas Holidays, her family had only sorrow to contend with.

Milen Halefom Mezgebo, the Eritrean wife of Ethiopian businessman Samsom Tekklemichael who was abducted in broad daylight from his car in Nairobi says she is “on her knees, begging anybody who is holding him to let him go.” 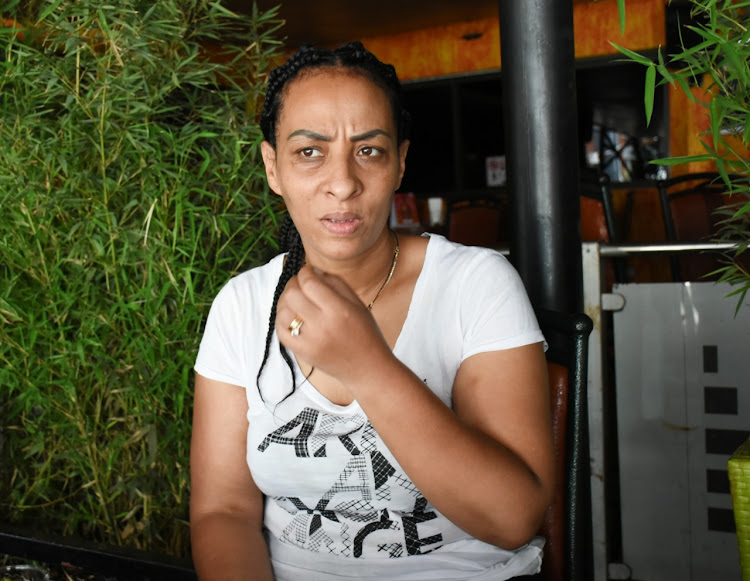 The wife of Ethiopian businessman Samson Teklemichael who was abducted in Nairobi almost two months ago says she is “on her knees, begging whoever is holding him to let him go.”

Milen Halefom Mezgebo told the Star her three children are devastated and she has had to repeatedly lie to her four-year-old son that “daddy is not back home because he has been at work and did not carry his phone charger, and so the gadget went off.”

Mezgebo said her first two children are the most affected and she has a weekly appointment with a counsellor to help them cope them with the situation.

“It is the children they [her husband’s captors] are punishing by keeping him away. We are begging on our knees, please let him back home,” the mother of three said.

"We have no tears left in our eyes," she added.

Mezgebo said while the families of those who picked her husband made merry during Christmas Holidays, her family had only sorrow to contend with.

"We had no joy. We would have travelled, kept our quiet life and continued on. But nothing entertains me any more," she described.

For all the pain this whole saga has caused her and her family, she said, in the event her husband gets back alive, they will move out of the country.

The last time she spoke to her husband was on the day he was abducted.

Teklemichael was picked up on November 19 by people suspected to be police officers on Loitoktok Road. His car was left parked in the middle of the road.

His family has not heard from him or his whereabouts for close to two months.

Teklemichael had briefly called his wife after he was picked up to instruct her to go collect his black Bentley that was parked on the road.

She reported to police who then maintained that the matter was under investigation.

She said she has not received any more information.

Mezgebo wondered why her husband would be harassed "yet he has lived here for 17 years doing business, employing people and paying taxes."

She denied claims that Teklemichael's abduction could be linked to the ongoing war in Ethiopia's Tigray region given that he is half Tigray.

"Since they took him, no one has asked about our money nor our businesses. No one has asked for our accounts' money transfers or anything. So, that cannot be even remotely the case."

The family exports LPG gas from Nairobi to Ethiopia. Mezgebo said the market demand in the neighbouring country is too huge that business rivalry cannot be a theory.

"Nothing like business rivalry. Nothing like war in Tigray. My husband is the most peaceful person I have known and he is very generous," she said.

"And even if he was suspected of any crime, why not present him in court to answer for the charges before the law?"

"Kenya is home for us. This is where our three children were born and we are law-abiding. Why not afford us the benefit of the law and let my husband have his day in court?"

Mezgebo said friends and relatives who approach cops get assurance that Teklemichael is well.

"They say that we should just let time pass and that he will be back home. They do not tell me that though."

He was dragged into a Subaru car as other road users recorded the drama.
News
1 year ago

Missing Ethiopian businessman has been in Kenya for 16 years

He exports gas to Addis Ababa where he had established a base for further distribution.
News
1 year ago

His wife Mezgebo says she cannot locate him since then after calling her briefly before later switching off his phone.
Counties
1 year ago
Post a comment
WATCH: The latest videos from the Star
by GORDON OSEN News Journalist
News
07 January 2022 - 06:05
Read The E-Paper