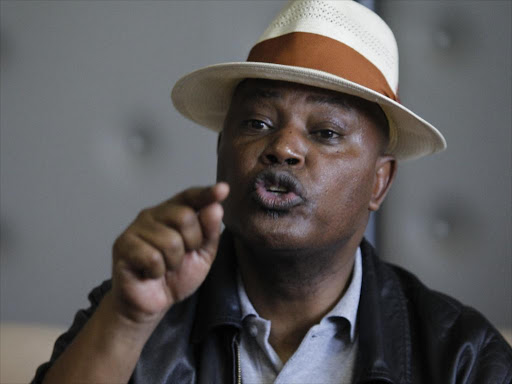 Director of Criminal Investigations George Kinoti in his office during a past interview.
Image: FILE

The woes facing Director of Criminal Investigations George Kinoti are far from over with the court today expected to rule whether his four-month jail sentence will be set aside.

High Court judge Antony Mrima last week ordered Kinoti to be jailed for four months after he was found guilty of contempt.

The top detective had been sued for failing to heed an order requiring he returns guns that were seized from politician Jimi Wanjigi.

Kinoti through the Attorney General Paul Kihara had made an application for the jail order to be set aside arguing the court had jailed the wrong person. The AG said Kinoti does not keep guns.

On Friday however, Justice Mrima declined to set aside the order and set Monday for the ruling.

The judge asked Kinoti to report to prison pending his ruling.

Wanjigi had accused the DCI boss of failing to give him back his gun despite court orders.

Wanjigi has maintained that his firearms are in the custody of the DCI boss and not the Firearm Licensing Board.

Wanjigi told Justice Mrima that his lawyers received instructions from Kinoti’s lawyers, on November 22, directing that he collects his firearms from the Firearm Licensing Board, but when he got the board’s offices in Industrial Area in Nairobi, he was told only Kinoti could release the guns to him.

Wanjigi was making the submissions in opposition to an application by Kinoti.

The DCI boss is seeking to set aside a four months imprisonment imposed by Mrima for failing to obey a court order.

The order directed Kinoti to release Wanjigi’s firearms seized in 2017.

Mrima said Kinoti shall, within seven days, surrender himself to the officer in charge of Kamiti Maximum Prison to serve the sentence. The seven days lapsed on November 26.

“In the event Kinoti fails to avail himself as ordered, a warrant of arrest will be issued against him. The warrant shall be executed by the Inspector General of Police,” Mrima said.

If IG Hilary Mutyambai fails to execute the warrant, the same shall remain valid and be executed at any time, including when Kinoti leaves the office of the DCI.

It is those orders that Kinoti is challenging on grounds there was non-disclosure of some material facts.

The drama started on October 16, 2017, when police raided Wanjigi’s house in Muthaiga. Kinoti was not the DCI then as he assumed the position in 2018. 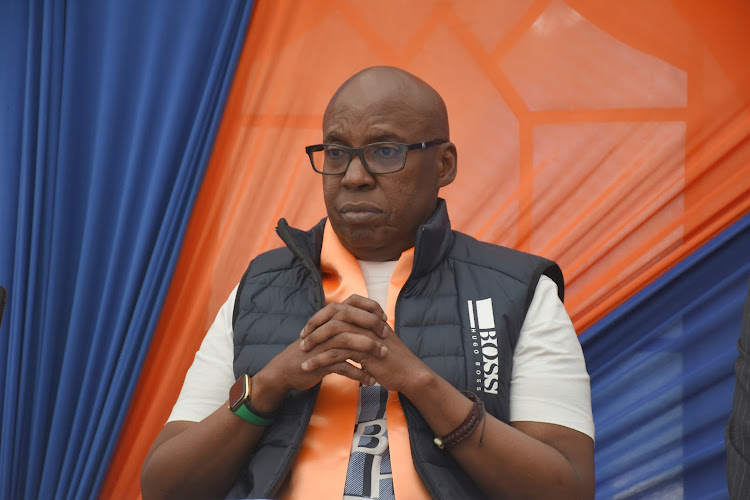 This was 10 days before the repeat presidential election and Wanjigi claims the raid was political.

During the operation, the police took four Glock pistols, one Smith & Wesson pistol, a Mini Archer assault rifle fitted with a laser, an M4CQ assault rifle and 688 bullets.

They found the weapons in Wanjigi’s kitchen ceiling, which allegedly was not a safe place.

Police raided his home in Muthaiga, Nairobi after guns and bullets were seized at a house in Malindi, alleged to be his.

During the siege, the officers sought to arrest him over the discovery and seizure of seven rifles and 93 bullets in a villa in Malindi.

They had arrived at his home accompanied by crime busters with sledgehammers to break into the house.

Kinoti said in the past, some of the weapons held by Wanjigi are high-precision military firearms that civilians are not supposed to have.

He cited the Firearms Act Cap 114 Laws of Kenya. Police called it "a cache that rivals that of some police stations".

"Investigations have revealed that Wanjigi holds more guns which he failed to surrender when ordered by the Firearms Licensing Board in the letter dated 30th January 2018," Inspector Maxwell Otieno said in an affidavit filed in court in 2020.

The DCI told the court Wanjigi had been in possession of both illegal and illegally acquired firearms and therefore poses a danger to the security of the state.

"Wanjigi previously served as a police reservist and was sacked for threatening other citizens with the firearm he held," Otieno said.

In June 2020, the businessman filed a contempt suit against Kinoti for disrespecting court orders to the police to release the guns to him.

Wanjigi told the court the DCI had been given a six-month suspended jail term for violating court orders by Justice Chacha Mwita that the guns be returned.

But the DCI argued Wanjigi cannot lay claim to the guns as his firearms certificate was revoked.

Calling the contempt suit malicious, the police said two of the guns – the Mini Archer and the .223 CQ – that Wanjigi wanted to be returned are prohibited in Kenya.

They also argued the businessman is yet to undergo the fresh vetting required of firearms holders as was ordered by Interior CS Fred Matiang’i.

The police questioned how Wanjigi renewed his firearms certificate after he was disarmed, then serving as a police reservist.

He faulted Wanjigi’s move to the High Court after he was directed to surrender the weapons to the Firearms Licensing Board.

They added, "holding a gun is not a constitutional right but a privilege".

The also DCI cited Justice George Odunga’s ruling that said, "to compel the police to return a firearm without the applicant’s license being renewed would amount to making the police commit illegality."

The Smith & Wesson pistol is a self-defence semi-automatic handgun while the Mini Archer assault rifle is a Polish-made automatic gun.

The .223 CQ is popular for hunting and self-defence while the Glock 19 is a lower version of the Glock, mostly used by officers in law enforcement.

Justice Mwita said Wanjigi’s rights were violated by the police.

“The actions of the respondents were unlawful and actuated by malice.  The court grants orders that all firearms be returned to the plaintiff,” ruled Justice Mwita.

Wanjigi explained the police forced themselves into his house, without a search warrant from the court and took away his firearms.

He said there was no proof of abuse of the weapons nor had he been charged in any court for crimes.

The High Court also quashed the charges and summons which had been issued against the businessman in Nyeri, after finding that the case pressed against him was done out of sinister motives.

Justice Pauline Nyamweya ruled that the Inspector General of Police and Director of Public Prosecution had abused their office by preferring charges against Wanjigi away from where the crime had been allegedly committed.

The DPP and IG explained to the court that they opted to charge Wanjigi in Nyeri as it was his rural home.

However, Wanjigi explained that he had not been in his village in Nyeri for over a year and it would beat logic to leave courts in Nairobi and its surrounding for the remote court.

The judge observed that the DPP and IG’s actions were not only abetting illegality but were unfair to him as they entailed additional expenses and inconveniences.

The judge also observed that Wanjigi was arrested and charged despite obtaining orders from the High Court barring the State from taking any action against him.

Police explained that they had obtained search warrants from Milimani law Courts, which they served him.

Wanjigi was charged on March 1, 2018, with an offence of being in possession of prohibited firearms.

His tribulations with the Jubilee administration began after he stood his ground in support of the National Super Alliance (Nasa) party.

The charges were followed by a road drama when Wanjigi foiled an attempt by a dozen police officers to arrest him in Nairobi when he locked himself in his bullet-proof car.

The officers had blocked Wanjigi’s Toyota Land Cruiser V8 near Museum Hill after he declined to get out, demanding to know the reason for his arrest.

They tried to force the businessman to open the door in vain.

They then mounted an unstamped court summons on his windscreen, informing him he was wanted before a magistrate’s court in Nyeri over a criminal case.