•The research sought to measure the prevalence of mercury body burden at levels that can cause neurological and organ damage not only to mothers but also to foetus and infants.

•It targeted women and girls between 18 -44 years and found high concentrations above recommended standards. 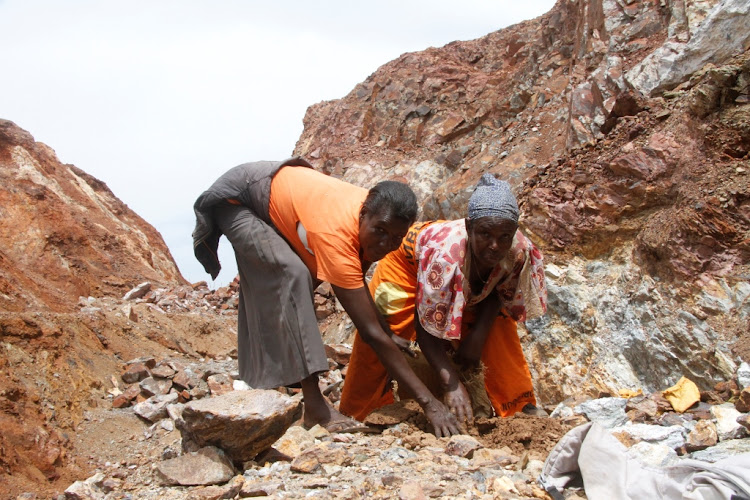 Female artisanal gold miners risk having troubled pregnancies due to exposure to toxic mercury, the main ingredient in extraction.

A report by International Pollutants Elimination Network, dubbed Mercury in Women of Child-bearing Age in 25 countries, found that women and girls in artisanal mines in Kenya are among a group highly exposed to the chemical.

In Kenya, the research picked hair samples of women in Mikei, Masara and Osiri gold mining centres in Migori which formed part of 1,044 women of reproductive age in 37 locations across 25 countries on 6 continents.

The research sought to measure the prevalence of mercury body burden at levels that can cause neurological and organ damage not only to mothers but also to foetus and infants.

It targeted women and girls between 18 -44 years and found high concentrations above recommended standards.

“Mercury in a mother’s body can be transferred to her foetus during pregnancy, exposing the developing foetus to the potent neurotoxin,” IPEN said.

The research found that 54 per cent of women in Kenya had average mercury levels over the level of 1ppm, compared to 42 per cent globally, above which brain damage, IQ loss and kidney and cardiovascular damage may occur.

The study found that 70 per cent of Kenyan women measured more than 0.58ppm of mercury, compared to 53 per cent globally, a sample of a level associated with the onset of fetal neurological damage.

“This study illustrates the unfolding global mercury pollution threat for the women and children of many Pacific Island nations and most women engaged in small-scale gold mining,” Lee Bell, the study’s Principle Investigator from IPEN said.

“The very high mercury levels found in the hair of most women need action to phase-out coal-fired power plants and the international trade of mercury supplying small-scale gold mining, the two most significant causes of mercury pollution.”

He spoke to the Star in Migori on Wednesday.

The world, including Kenya, signed the legally binding Minamata Convention on Mercury treaty which was to end the use of potent mercury.

“Among artisanal miners, mercury is inhaled during heating of gold amalgam or when contaminated fish and food are eaten from affected streams and soils,” Maganya said.

Mary Akello, a gold miner at Osiri mines for close to 25 years said she had five terminated pregnancies and stillbirths caused by mercury and despite knowing the negative effects of the chemical they have no option.

“In mining, men do the heavy work, light work of burning gold amalgam to separate mercury is left for women. We know the dangers, but hunger can kill you in days while mercury takes ages,” she said.

James Siagi, Migori National Environment Management Authority officer said mercury is often used in small portions among large mining communities which makes their cumulative effects on the environment and health to be enormous.

He said working with other stakeholders that have ensured in mining, mercury use is concentrated in a single place, often build using waterproof cement and covered using the iron sheet to prevent seepage.

“Miners have the capacity to seek the use of protective equipment like gloves and when burning gold amalgam to do so in an open area,” he said. 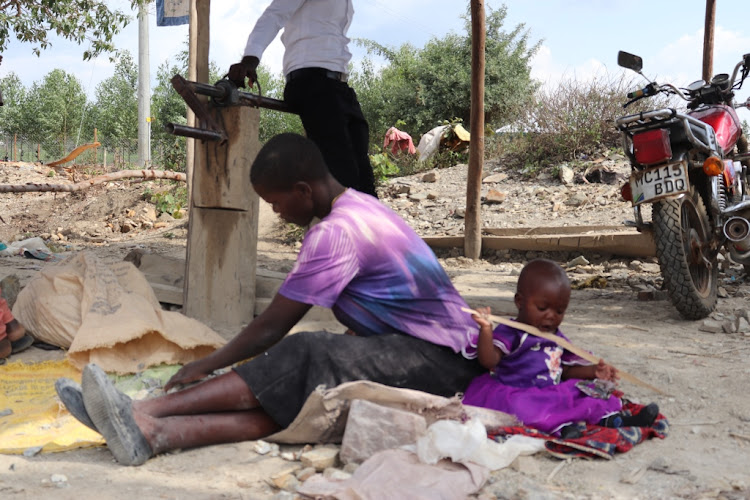 A young mother crushes god rich ore while her daughter plays next to her at a gold mine in Masara area, Migori.
Image: MANUEL ODENY
by MANUEL ODENY
News
25 November 2021 - 23:00