Police officers holding degrees are the most affected

• Otwala said the commission was taking care of and supporting the officers.

• “So far, there is no salary cut that has been effected because they are our officers and they are serving you as well as serving us,” she said. 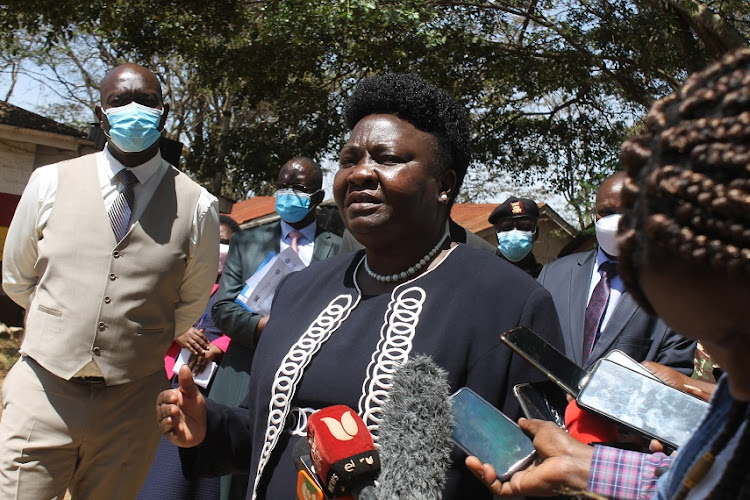 The National Police Service Commission has denied claims by a section of graduate police officers that their salaries had been cut.

Responding to a question on the alleged pay cut asked by a reporter, NPSC vice chairperson Alice Otwala on Tuesday said a court decision had made the graduate officers go back to being constables when they were actually acting as cadet officers.

“There is no pay cut at the moment. There was a court decision that said that officers who had degrees, they had taken the commission to court and the court overturned their petition at that time,” Otwala said in Machakos.

She presided over the launch of a medical assessment exercise for sick officers and those injured in the line of duty from the lower eastern region.

“What that means was that they go back to be constables when they were actually acting as cadet officers because of their degrees. What the commission has done is that in the last intake, we have continually given them more opportunities so that they actually now get appointed as cadet officers as opposed to being constable cadets,” Otwala explained.

Otwala said the commission was taking care of and supporting the officers.

“So far, there is no salary cut that has been effected because they are our officers and they are serving you as well as serving us,” she said.

Several police officers especially those holding various degrees have been complaining about what they term as pay cuts.

Some 1,209 officers who joined the service while holding degrees and who claimed that their lives have been adversely affected by the pay cuts claimed NPSC had slashed their salaries without consulting them.

Some officers who talked to the Star but requested anonymity said they could no longer pay their bills since the cut was effected. Others said they currently receive negative pay owing to the fact that they had bank loans to service alongside various statutory deductions on their salaries.

An officer who received a basic salary of over Sh100, 000 before the alleged pay cut said his salary was subjected to Sh30, 000 pay cut in the month of October.

In November, the same officer decried receiving a Sh65,000 salary only to remain with Sh5,000 after deductions.

In 2018, similar action was taken by the police employer but the victims moved to court and won the case.

Some officers claimed that due to the cut, poor pay and high inflation, several of their colleagues had ended up in depression, increased police brutality, suicide alongside other vices not limited to cases of rogue officers.

This decision is said to have been taken after a section of other police officers who had degrees but with little salaries moved to court demanding salary increment but lost the case.

The High Court ruled that any increment on police salaries without involving the Salaries and Remuneration Commission was against the law.