State to put new measures in wake of terror threats

They include imminent re-deployment of the KDF to South Sudan

• The measures range from boosting internal security capacity to embedding security and defense capabilities in the country's foreign policy.

• The country is re-organising its defence and foreign policy to align with the emerging security threats in the region as well as the economic opportunities that may arise. 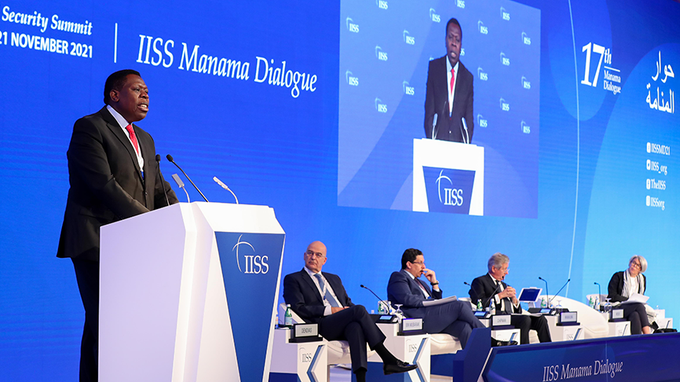 The government is implementing a slew of measures to firm up its security in the wake of the terror threats and evolving war situations in neighbouring countries.

The measures range from boosting internal security capacity to embedding security and defence capabilities in the country's foreign policy.

Defence Cabinet Secretary Eugene Wamalwa told delegates at a defence conference in Manama, Bahrain, that the state was taking the security development in the Horn of Africa with keen eye to deter any threats to its interests.

Wamalwa said the country is re-organising its defence and foreign policy to align with the emerging security threats in the region as well as the economic opportunities that may arise.

President Uhuru Kenyatta ordered police officers, including the reserve cops, to be on guard especially at border points to ward off the overflow of the ongoing war in Ethiopia.

The war in Ethiopia is in the northern Tigray region. Uganda has also suffered multiple terror attacks in the recent weeks while Somalia is a safe haven for al Qaeda offshoot al Shabaab.

Wamalwa said the country will deploy more soldiers to peacekeeping and enforcement missions in the region.

This includes imminent re-deployment of KDF to South Sudan, he said.

Wamalwa also said the country is set to increase its diplomatic footprint in the region.

It seeks to establish defence liaison offices and station the diplomats with briefs that are defence-oriented in order to help in boosting the country’s military intelligence and readiness to defend its interest.

“This would facilitate implementation of meaningful partnerships including economic aspects of militarisation and conclusion of defence cooperation,” he said.

The US government on Tuesday gave a fresh advisory over a possible terror attack in Ethiopia.

Wamalwa said the government will seek to renew defence and security cooperation with friendly countries in the region and strengthen ties with them as a means to deterring conflict.

“Kenya will renew regional defence pacts with the countries in the region and strengthen regional relations for conflict prevention, management and resolution to guarantee mutual defence support when necessary,” the CS said.

This will be pursued through regional entities like the EAC and IGAD while some through bilateral engagements.

Post a comment
WATCH: The latest videos from the Star
by GORDON OSEN News Journalist
News
24 November 2021 - 23:00
Read The E-Paper