Management directed to give a report in 60 days

•The anomaly was flagged by Auditor General Nancy Gathungu. 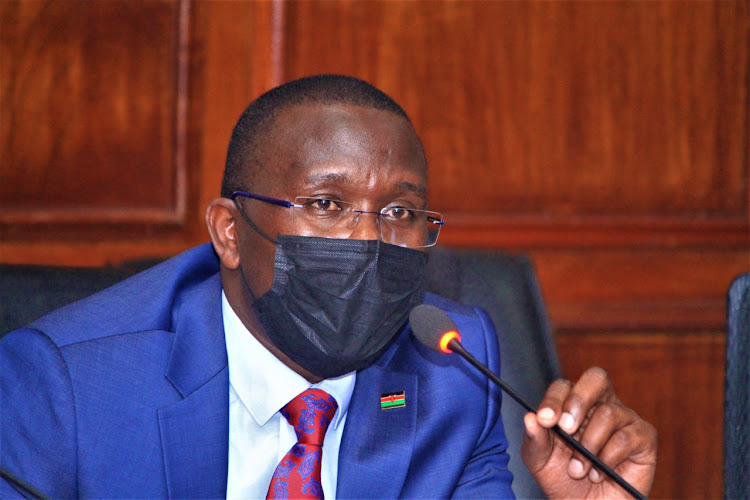 Bomas of Kenya CEO Peter Gitaa when he appeared before the Public Investments Committee on Wednesday, November 24, 2021.
Image: EZEKIEL AMING'A

Bomas of Kenya has not valued its assets for the past 22 years raising concerns about whether the figures in its accounting books are accurate.

The Public Investments Committee was told the agency last conducted a valuation of its assets at that time reporting a value of Sh2.3 billion.

This is contrary to the law, which provides that state agencies evaluate their property, plant and equipment every five years.

The PIC has thus directed the management to conduct the valuation and furnish it with a report in 60 days.

The anomaly was flagged by Auditor General Nancy Gathungu.

“In the absence of the revaluation report, I cannot ascertain the accuracy of Sh2.3 billion as the value of assets owned by Bomas of Kenya as stated by the management in the financial year 2018-19 audit,” Gathungu said.

She said a lot has drastically changed in the two decades.

PIC says in the circumstances the entity’s assets risk being grabbed or sold by individuals who might take advantage of the lack of a proper valuation report.

Wajir North MP Abdisalan Ibrahim said, 22 years was a long period for a public entity funded by taxpayers not to know the worth of its assets.

While appearing before the committee on Wednesday, Bomas chief executive officer Peter Gitaa said the Tourism ministry had caused the valuation delay.

Gathungu said the original title deed was given to the ministry in 2017 and was yet to be handed over to Bomas management.

“Failure by the ministry to hand over the title deed to Bomas of Kenya has hindered the execution of planned activities,” she said.