Maanzo said the county government shut him out.

• Only Kibwezi West MP Patrick Musimba, who is running for Makueni governor next year, attended.

• Dan Maanzo, the MP for Makueni – which encompasses Wote Town where the conference is taking place – said he will not attend any of the sessions. 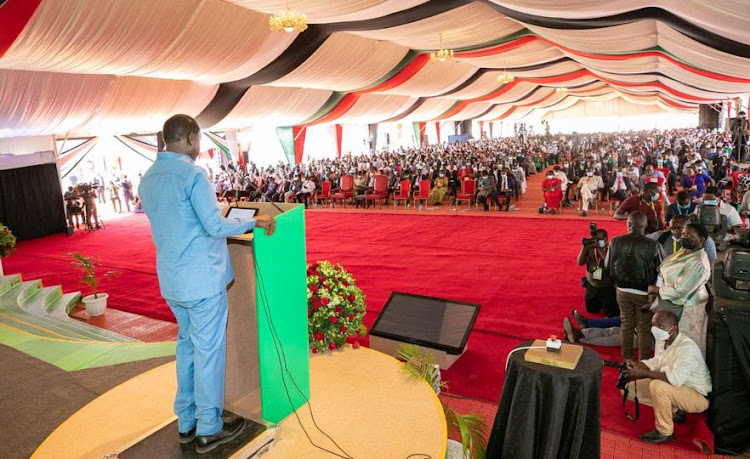 A section of Ukambani MPs allied to Wiper leader Kalonzo Musyoka were missing from the Devolution Conference in Makueni on Wednesday.

Some members of National Assembly told the Star that they were only invited verbally through Musyi FM, a Kamba radio station, on Sunday night.

Only Kibwezi West MP Patrick Musimba, who is running for Makueni governor next year, attended.

Dan Maanzo, the MP for Makueni – which encompasses Wote Town where the conference is taking place – said he will not attend any of the sessions.

“As the host MP, I should have been there to invite guests but I was fought from the word go,” he said.

The meeting, which was opened by President Uhuru Kenyatta and former Prime Minister Raila Odinga on Wednesday, ends on Friday.

Maanzo said the county government shut him out when he began to oppose an order banning donkey operators during the conference.

Raila to represent Uhuru during opening of Devolution Conference

Uhuru expected to plant the two millionth tree at the end of the conference.
News
2 weeks ago

He said the county is trying to hide the fact that most of Wote has no piped water.

“I do not understand why you should deny donkey operators their livelihood for a whole week. The whole thing stinks,” he said.

Maanzo said the county government should have sent an official letter to the clerk or Speaker of the National Assembly.

“The Speaker would then have released us for one week knowing we are at the conference. But this never happened,” he said.

He also complained street light billboards bearing his image as the area MP, were brought down by goons.

Mwingi West MP Charles Nguna said he could not “gate-crash” the event.

“In other regions which have hosted the devolution conference the regional MPs are always part of the meeting. But here we got no invitation,” he said.

“We are only recognised when we are passing the division of revenue bill. This attitude needs to change.”

However, Makueni Senator Mutula Kilonzo Jr, who is also running for governor, attended the meeting and played host to Speaker Kenneth Lusaka and about 20 senators who attended the opening ceremony.

Governor Kivutha Kibwana did not respond to the MPs' complaints when asked by Star.

In his speech at the opening conference, the governor said Makueni was one of the best performing counties in combating climate change.

The governor also said Makueni would engage engineers to assess if its old buildings could withstand the vagaries of climate change such as extreme heat and floods.