Don't be pressured to vote for certain candidates, says Musalia 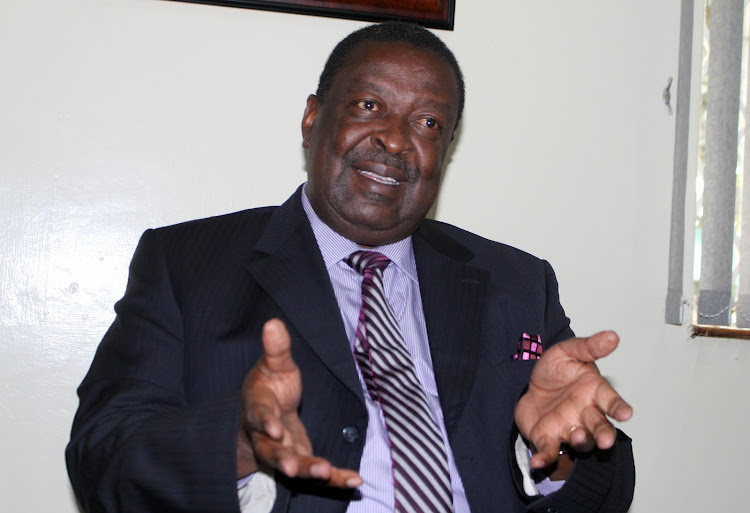 ANC leader Musalia Mudavadi has maintained that Kenyans should not be pressured to support any particular candidate during the 2022 polls.

He said all Kenyans should be presented with the opportunity to fairly gauge leaders seeking the presidency.

“As I have always said on many occasions, Kenyans should not be pressured through intimidation to support any particular candidate,” he said in a statement posted on social media.

“Politics of lies and intimidation belong to yesteryears," he added.

Mudavadi said that the country’s freedom fighters fought hard to free Kenyans from the colonialists, chains of slavery, poverty, lies, corruption, intimidation and other ills.

“We should not allow to be taken back to the same chains by black colonialists, presenting themselves as saints, promising to revive an economy they have looted to the core.”

“I seek your support and together. We shall end corruption, build a vibrant economy, create jobs and put a smile in every Kenyan face. This, I as your President, I promise to deliver,” he said.

Mudavadi has in the past said the next president will be determined by the masses and not endorsements from individuals.

Noting that the winner of the 2022 presidential election would be elected by the voters, Mudavadi said no level of endorsement by interested individuals or functions would sway the will of the people.

His sentiments come in the wake of heightened activities, especially from President Uhuru Kenyatta's Mt Kenya backyard, to drum up support for ODM leader Raila Odinga.

Raila was an ally of Mudavadi in the defunct National Super Alliance, but they fell apart over what the ANC chief termed as mistrust.

On November 1, Mudavadi scoffed at the possibility of getting into a new alliance with Raila.

Mudavadi said the alliance will not be forced into a coalition and will, instead, let the people choose a leader of their choice.

He was responding to reports that he and other OKA leaders, Kalonzo Musyoka and Moses Wetang’ula had been invited to a meeting at State House where they were prevailed upon to support Raila.

His remarks were echoed by Deputy President William Ruto who, during a rally in Kajiado, said he would not succumb to any threats and intimidation.

“Those selling fear to us should instead focus on coming up with an agenda and policies that are people-based," he said.