• Antonio Cianci said he was lured to a house on Riverside Drive by the accused persons where they claimed that pure gold was available for sale.

• Cianci told the court he lost Sh14 million after being duped that he had bought genuine gold worth $1,198,000. 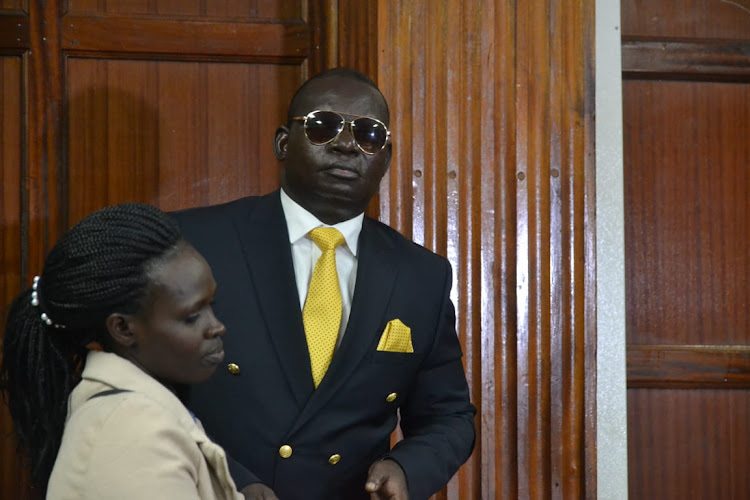 A witness on Thursday told the court how businessman Paul Kobia and 13 others lured him him to a house on Riverside Drive in Nairobi to defraud him of Sh14 million in a fake gold deal.

Italian Antonio Cianci, who is a director of a Dubai-based company known as Iron & Steel DMCC, told Milimani senior resident magistrate Zainabu Abdul that he was lured to the house by accused persons. They claimed pure gold was available for sale, he said.

"Your Honour, my company deals with buying and selling of gold," Cianci said.

He told the court he lost Sh14 million after being duped that he had bought genuine gold worth $1,198,000.

The court heard that the accused persons obtained the money by falsely pretending they had genuine gold for sale, a fact they knew to be false.

Kobia is jointly charged with his 13 employees alleged to have conspired to defraud Cianci Director of Iron and Steel DMCC from the Arab Emirates $14,000 (Sh14 million) by displaying metal boxes, purporting that they were genuine gold bars.

They are also charged with having an office trading as Duaf International Limited and Malva Amit Limited by falsely pretending that they were carrying out a genuine gold trading business.

Kobia and his employees also face a count of preparing to commit a felony.

It is alleged that on April 26, 2019, they were found in possession of fake gold nuggets, smelting pots, metal tongs, X-ray fluorescence spectrometers, assorted rubber stamps and company seals. All were allegedly used to convince people they were engaged in a genuine gold business.

He is alleged to have been found in possession of an instrument capable of making the impression of a stamp for the Chief Magistrate’s Court Nairobi, Republic of Kenya.

He is also accused of making a false impression in the words of “collector of stamps duties Kenya revenue paid pounds” used for the purposes of revenue or accounting by the Kenya Revenue Authority.

Kobia is further accused of forging stamps from the National Treasury, the Central Bank of Kenya, director of the Geological Survey, Ministry of mining, Kenya Revenue Authority Customs and Excise duty department, Executive Office of Presidency, Department of Procurement Nairobi and that of Registrar of Companies Kenya.

He was accused of conspiring with 13 others to defraud a Dubai-based director of Iron and Steel DMCC.
News
2 years ago

Arrested by Detectives from the Serious Crime Unit  at his him home.
News
2 years ago
by CAROLYNE KUBWA Court Reporter
News
18 November 2021 - 16:02