Wiper leader terms it immoral to use ill-gotten money to bribe Kenyans to gain popularity.

• Wiper leader urged Deputy President William Ruto to explain the sources of his wealth that he generously gives to Kenyans. An accounting will be due, he said.

• He said on Sunday all presidential should be free to campaign in any part of Kenya. 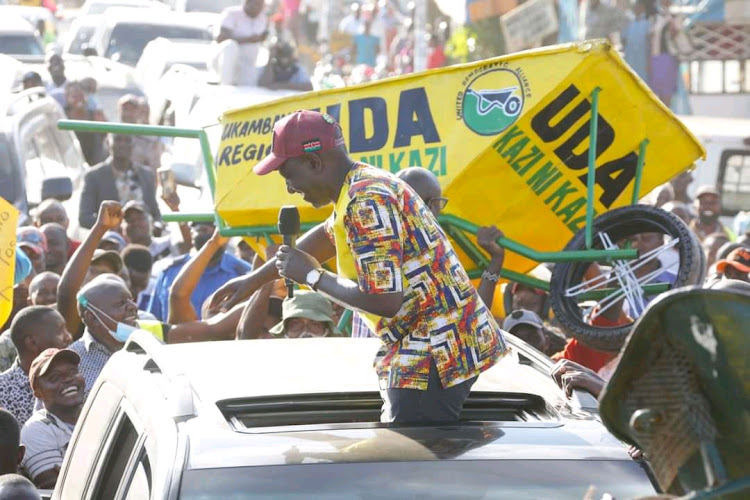 Wiper leader Kalonzo Musyoka has said Deputy President William Ruto must account publicly for the money he is giving to Kenyans, adding that every state officer's salary is known.

Speaking on Sunday, Kalonzo also welcomed Ruto's tour of Ukambani, saying every presidential aspirant should be welcome to tour every region.

Kalonzo said it is unfortunate leaders have used their authority to enrich themselves, whilst grounding government parastatals like Kenya Power and Lighting Company. He did not link Ruto to Kenya Power.

They force Kenyans to pay too much for electricity and must answer for their crimes, he said.

“Even if they visit Ukambani a hundred times, they are welcome, but they will have to account for the sources of their money. The salaries of MPs, the Deputy President and President are known," Kalonzo said.

Kalonzo said it is immoral to use ill-gotten money to bribe Kenyans to gain popularity.

The Wiper leader on Sunday attended three events in three Mwingi West constituencies for a fundraiser for five university and secondary school students.

Muthama likened Kalonzo to a hyena.
News
1 month ago

Wiper leader had welcomed the DP to answer on his source of wealth.
Counties
1 month ago

President says he's been able to deliver in his second term after he dropped thieves.
News
5 months ago
by STAR REPORTER The Star
News
08 November 2021 - 23:00