Dandora blue-eyed girl says her sight made her anti-social

•A study conducted by the Copenhagen University on the genetic mystery of "blue eyes" is said to have originated from the northeast coast of the Black Sea. 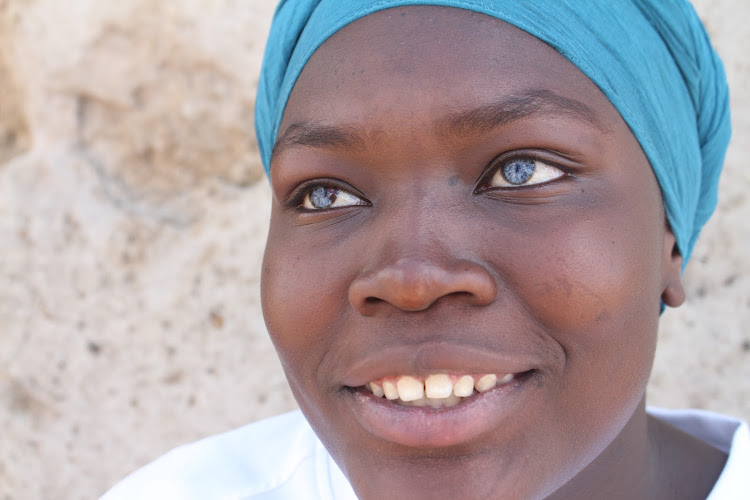 Planted on her solid dark skin, it is almost impossible to avoid staring at Winfred Atieno's eyes, at our first meeting at their home in Dandora Estate, Nairobi.

Though the constant glare from strangers and acquittances does not offend her, she says the attention her eyes draw to her make her extremely uncomfortable.

"I am extremely antisocial, thanks to the blue eyes. I keep to myself a lot to avoid the stares," she said.

Winfred, commonly known as Winnie, was born 20 years ago with blue eyes, an uncommon phenomenon in Africa.

But her blue eyes has been a source of her pride and misery, equally. She has been worshipped for having a rare beauty, but has also been castigated for witchcraft because of the colour of her eyes.

She said that the eyes has played a major role in attracting her suitors from her previous partners but also a factor non-committal relationships.

"I have heard some people claim that my eyes are blue because of witchcraft passed down my lineage. Some say it is a spell my parents use to protect us," she explained.

"Men approach me because of my blue eyes. Interestingly, some fear being with me for the same reason. I have learnt to sift real from fake over time," she continued. 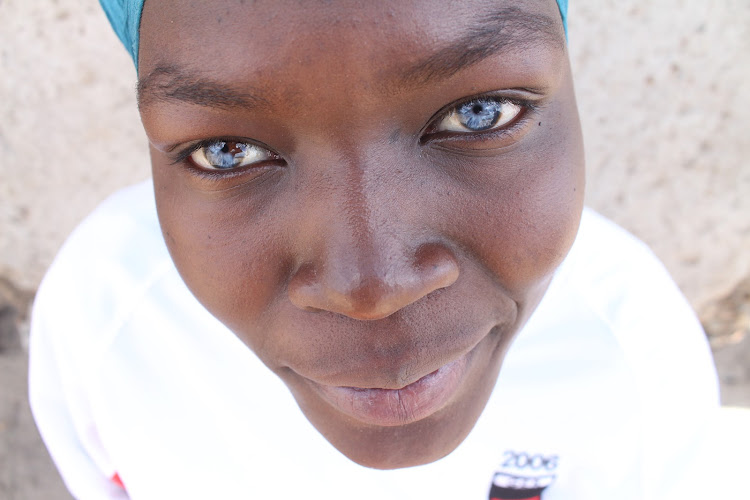 When she was born, Winnie's parents say they were so worried about her yes that they took her from one hospital to another trying to find what the fault was with them.

When she was born, Mary, Winnie's mother said there was a thin skin that masked her eye.

"The blue colour was faintly visible. I thought she had a visual impairment. All the doctors told me to be patient that the skin will fall off on its own and she'll be able to see," she said.

At six months, it did revealing sparkling blue eyes, to their surprise.

"We went back to the hospital and the doctor told us her sight was perfect and she needed no medical attention," her father said.

Winnie's mother said she received many guests who wanted to see a baby with blue eyes.

"People marvelled at her blue eyes. They nicknamed her, 'macho ya mzungu', a white person's eye. Her peers called her a doll," she explained.

But Winnie did not like the nicknames. She hated being different and slowly started isolating herself.

When her sister joined high school, Winnie said she felt so alone and resorted to violence to keep away the mockery.

"I would beat up anyone who made reference to my eyes. The children feared me and avoided me just like i did them," she recounted. 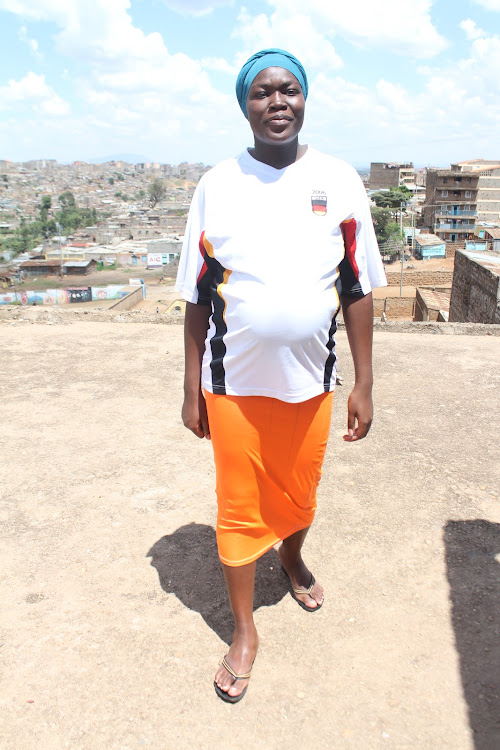 As she grew up though, Winnie said she started hearing rumours of why her eyes are different.

"A few people associate my eyes with evil. I don't blame them, they don't understand just like I did not," she said.

Winnie has a four-year old daughter whose eyes are not blue, but she says she would not be disturbed if she gave birth to a child with blue eyes.

"My younger sister has a blue strip at the lower iris, therefore I believe it is in the family," she said.

Winnie finished High School but has not had an opportunity to et tertiary education.

"If I had a chance, I would study marketing and advertising or become a hotelier," she said.

It is generally believed that black people do not possess blue eyes. The blue eyes has always been associated with the Caucasians.

A study conducted by the Copenhagen University on the genetic mystery of "blue eyes" is said to have originated from the northeast coast of the Black Sea.

Scientists attributed blue eyes to genetic mutation or Waardenburg syndrome (WS),which is a rare (1 out of 40,000 people) disease characterized by sensorineural deafness in association with pigmentary anomalies and defects of neural-crest-derived tissues.