A number of girls have been rushed to Metropolitan Hospital which neighbours the school.

• According to the students, the fire started during entertainment time at around 4:30 pm

• Some students were inside sleeping while some were within the compound.

Kingdom Dormitory at Buruburu Girls High School earlier caught fire, about 63 girls are being attended to at Metropolitan Hospital. 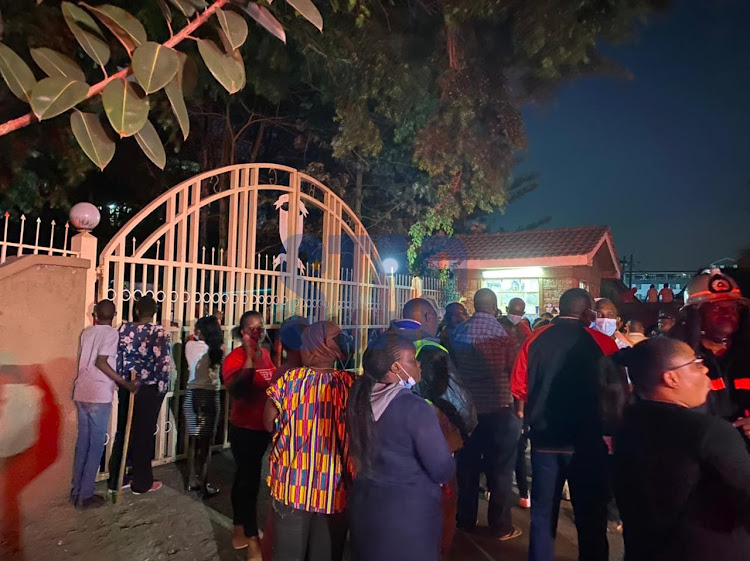 According to the students, the fire started during entertainment time at around 4:30 pm. 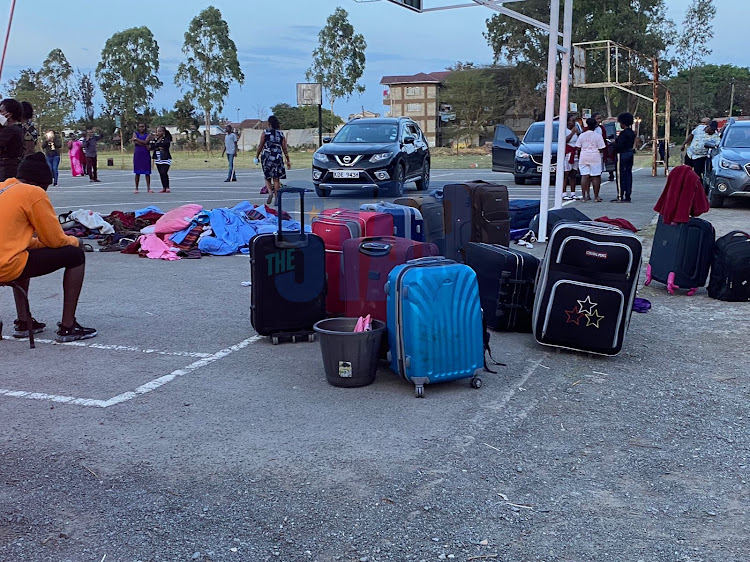 Some students were inside sleeping while some were within the compound.

A number of girls have been rushed to Metropolitan Hospital which neighbours the school. 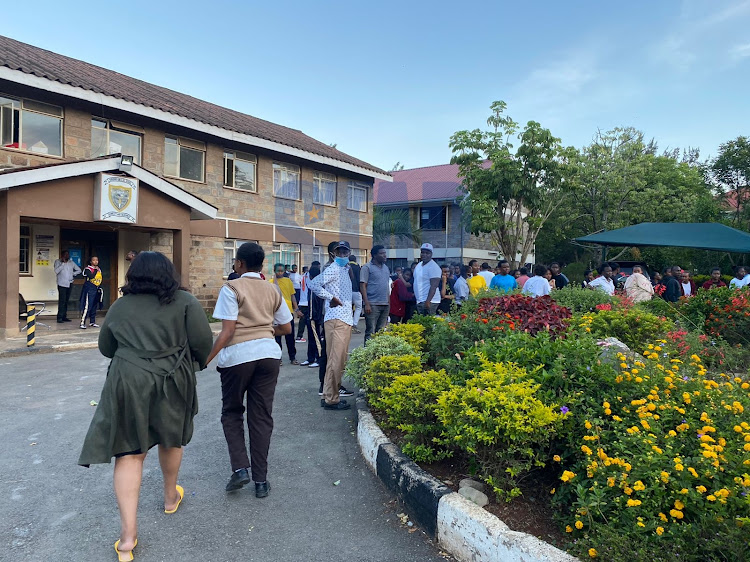 Buruburu Girls Secondary school where a fire broke out in Kingdom dormitory on Sunday. PHOTO/MAUREEN KINYANJUI

According to a form four student, the fire was started on each floor of the Kingdom dormitory which is a three storey building.

Some students who were inside, jumped from the dormitory when the fire started. 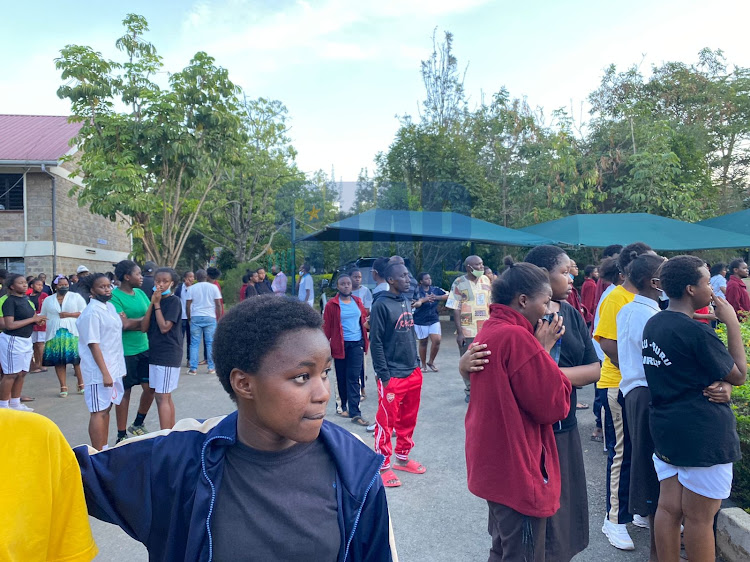 At the moment, the school has locked out some parents who have come for their children.

A number of parents have arrived but the school administration has not allowed anyone to leave the school compound yet. 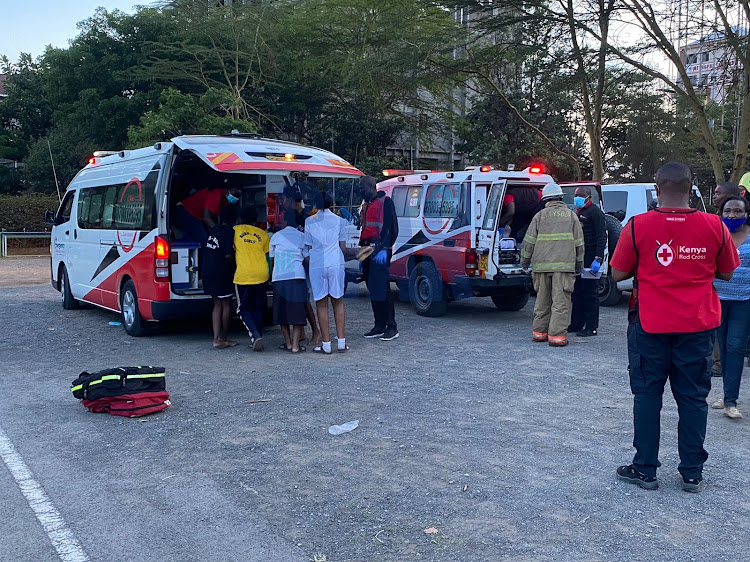 Students taking those affected to the ambulance after a fire broke out in Kingdom dormitory at Buruburu Girls Secondary School on Sunday. PHOTO/MAUREEN KINYANJUI

The police have also blocked parents from accessing the compound.

According to the Principle, Caroline Maina, the fire was in one cube out of the 45 cubes and the fire was contained.

She further stated that she had a meeting with form one and two and later on had late lunch before she was alerted about the incident.

"I had a baraza with form one and form two from morning until around 2:30 pm where I had even invited counsellors to talk to the students. I had late lunch around 3-4 with the counsellors and walked them to the gate," she said.

She added, "As I was walking back, a teacher approached me notifying me that one of the dormitories was on fire."

Maina said that the girls panicked and those who are injured have been taken to hospitals.

"I don't have the full list of those in hospital but once the school gets, we shall update the parents," she said

The principal has urged the parents to let the children stay in school.

The cause of fire is yet to be known. 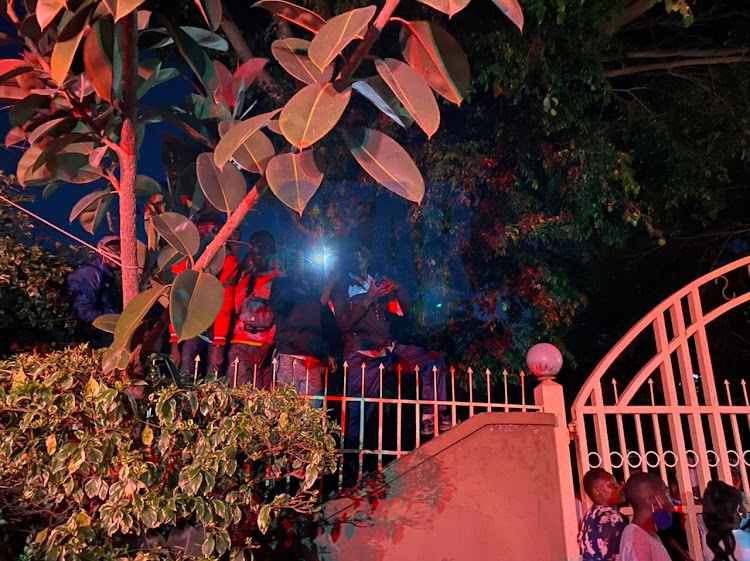 People looking over Buru Girls gate after a fire broke out in Kingdom dormitory on Sunday. PHOTO/MAUREEN KINYANJUI

Makadara MP, George Aladwa, has called upon the DCI and police to investigate the rampant cases of fire in the area.

He said this is the third school in the sub county to have a fire outbreak this year.

"This is not normal and something needs to be done and the DCI should commence its investigation on the cases of fire in our schools," Aladwa said.

The MP however pleaded with parents to leave the school due to security reasons and let the school handle the case.

"We don't know who are outside the gate and we cannot risk the the security of these girls. Let the parents leave the school as the children are safe, " Aladwa added.

At Metropolitan Hospital, about 63 girls are being attended to and all are in stable condition.

However, some have sustained serious injuries while others had inhaled carbon monoxide.

No casualty has been reported.