Ngilu fails to appear in court over failure to pay doctors

•The doctors are in different countries and Kenyan hospitals pursuing post-graduate studies.

•On October 5, the court issued the orders directing the county to pay the doctors their overdue salaries. 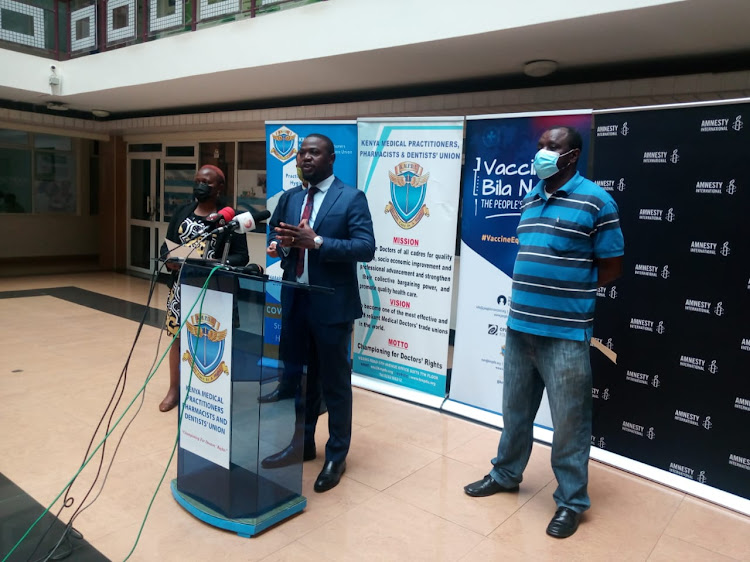 Kenya Medical Practitioners Pharmacists and Dentists Union secretary general Davji Atella has threatened to call a national strike if Kitui Governor fails to appear in court on October 29 over the delayed payment of doctors.

This is after Ngilu failed to appear before labour court judge Monica Mbaru over the unpaid salaries of 20 doctors. On Thursday, Justice Mbaru extended the summons.

They are to show cause why they should not be punished for failing to pay doctors their salaries and dues as ordered by court on October 5.

Ngilu, through her lawyer, requested the court to grant her more time before she appears. The court extended the orders.

The county was ordered to pay 20 doctors studying abroad and in Kenya.

The doctors are in different countries and Kenyan hospitals pursuing post-graduate studies. The county said they had been recalled.

Through lawyer Henry Kurauka,  KMPDU urged the court to deny the respondents an audience and applied for warrants of arrest for disobeying court orders.

Doctor Atellah said they will wait until October 29 then evaluate what value the governors are adding to the healthcare, especially doctors.

“If nothing is done, we shall have a national industrial action to push back on the injustices that are being meted against the workers and the doctors by governors in different counties,” he said.

Doctors have stayed without their salaries for the third month.

“Kitui has violated orders that were issued in June where the doctors should not have been removed from the payroll,” Atellah said.

“Ngilu has said that she could not make it to court but I think she does not care much about health care because I am sure she is busy campaigning.”

He said they were expecting the governor in court today.

On October 5, the court issued the orders directing the county to pay the doctors their overdue salaries.

Lawyer Kurauka said Kitui doctors have not been paid their salaries and other dues since July 2021. They want arrears and salary reinstatement.

Kurauka urged the court to discipline the governor and county officials for disobeying court orders.

“The doctors will suffer great prejudice, loss and damage unless their reliefs sought are granted,” the petition reads.

The county had approved applications by the doctors for fully paid two-year postgraduate study leave in various states and universities.

The union said the county had approved applications by the doctors and they enrolled in specialised courses.

KMPDU said the specialised training will boost universal healthcare and ensure access to specialised treatment in Kitui, thus improving public health and the welfare of the doctors.

KMPDU said the action to stop payment of the doctor’s salaries is predatory, malicious, illegal and unfair.