Interior PS asks legislators to adjust the funding from the current Sh2.3 billion 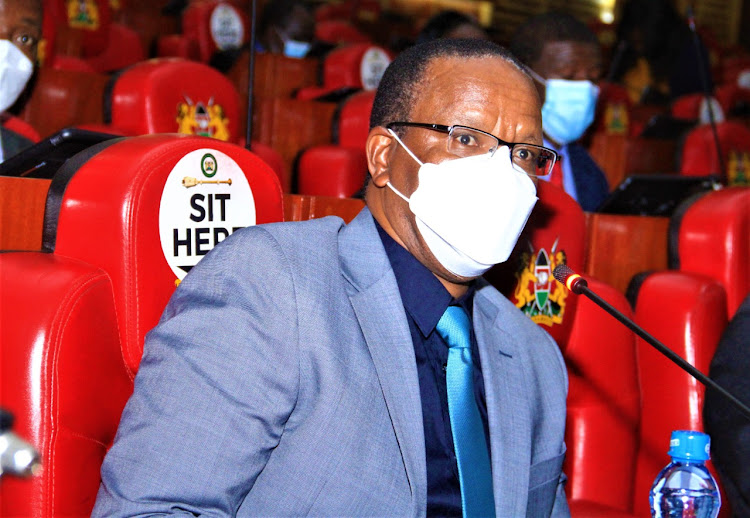 The National Police Service is bidding for an increase in insurance cover for the officers to bring them at par with other civil servants.

While appearing before the National Assembly's Committee on Security, the PS argued that whereas police officers are more vulnerable compared to other civil servants, their insurance benefits remain low.

“In medical cover, you get what you pay for. We will need more and better cover for police officers who are vulnerable than civil servants who work 8am-5pm and get more premiums than the police,” Kibicho said.

He told the panel led by Limuru MP Peter Mwathi that with the low cover, officers run into problems whenever they seek services in various hospitals.

“There is the gap of what they (police) qualify for and what they don't. We have the desire for equal treatment between police officers and civil servants,” the PS said.

Kibicho further called for an amendments to the Work Injury Benefits Act of 2007 to exclude the National Police Service and Kenya Prisons as is the case of the Kenya Defence Forces.

“Police officers are on duty 24 hours and are not confined in a particular work environment, whereas the Act defines one who is actively on duty, within a workplace and a specific period of time, within a day as eligible for compensation,” the PS said.

The PS said the budget adjustment would go a long way in harmonising insurance policy benefits for the officers with those of other civil servants.

National Treasury in a March 2020 gazette notice allowed the NHIF to provide enhanced medical, group life, and last expense cover for civil servants and the police for one year.

Kibicho, however, says there is need to negotiate with NHIF for improvement of services offered to both the NPS and KPS officers.

Among the prayers by the Interior ministry to the MPs is that NHIF promptly pays all pending claims and settle last expense within 48 hours of the death of an officer.

The PS also want the testing and treatment of Covid-19 made available in all competent NHIF accredited health facilities.

Kibicho made the sentiments even as MPs demanded answers on why the police service changed the insurance provider from Pioneer Insurance Company.

Lawmakers also demanded an explanation on why the budget for insurance of police officers was domiciled at the ministry and not the National Police Service Commission.

Mwathi demanded answers on whether the NPSC was involved in the NHIF contract agreement and whether the commission was aware of the terms.

His sentiments were backed by Nyakach MP Aduma Owuor who pointed out the need to have the budget domiciled at the commission.

Kitui Central’s Makali Mulu said it would be fair that NPSC is allowed to run matters welfare of police officers and be assigned the budget for the said functions.

“We have to ensure that monies follow functions. Let us implement this in line with the spirit of the Constitution,” Mulu said.

This followed concerns by the NPSC chairman Eliud Kinuthia, who was also present. He decried the lack of proper information flow between the commission, the ministry and the NHIF.

“We can see progress. Information flow must improve between the Interior ministry, ourselves and the NHIF. Maybe the officers don't get the right cards,” he said in respect to concerns that police officers suffer when seeking services in hospitals.

Deputy Inspector General Edward Mbugua said officers only have one card for social insurance which is to cater for the comprehensive insurance cover.

“Hospitals don't know whether the card can be used. Police officers need to be given another card. Without that, officers will continue complaining. Hospitals are unaware as most of us only have social insurance cards,” Mbugua said.

Kibicho denied the existence of a rift between the commission and the ministry saying they work well with the common objective being to ensure officers report to work.

“When the issues come up, we address them. We dedicate ourselves to improve the communication,” he said.

Even so, the comprehensive cover for officers caters to inpatient, outpatient, dental, optical, and other specialised medical services.

Additionally, officers are entitled to annual checkups for themselves and spouses, road ambulance, air and sea evacuation, overseas treatment, and last expense.