Mobile signal on Thursday indicated Emmanuel Rotich could be in Nakuru

• Agnes was found murdered in their house in Iten town on Wednesday. She had a stab wound to the neck.

• On Thursday, the home was still a crime scene and police were monitoring possible areas where the man usually visits. 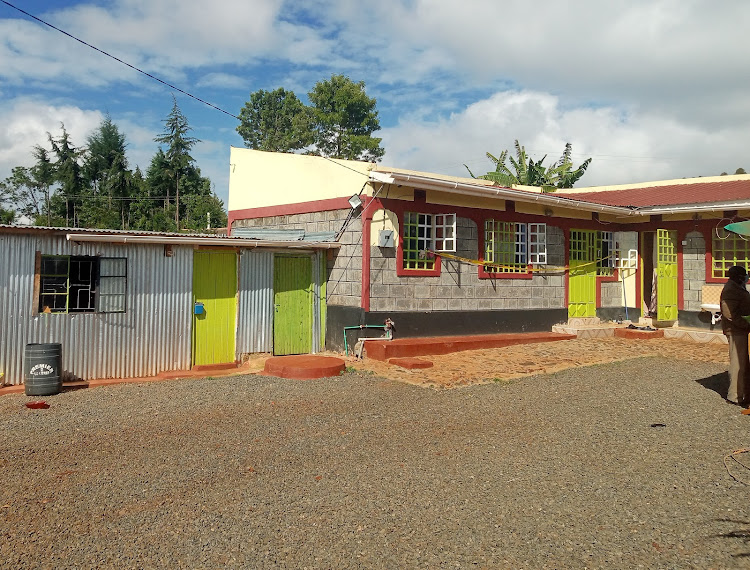 The house where the body was found
Image: BY MATHEWS NDANYI

Police were on Thursday still looking for the husband of murdered athlete Agnes Tirop.

Agnes was found murdered in their house in Iten town on Wednesday. She had a stab wound to the neck.

Keiyo North police boss Tom Makori said a team of detectives had been dispatched to trace Emmannuel Rotich, who is suspected to have killed his 25-year-old wife.

Detectives were using his mobile signal to trace him. Sources said the signal was last picked near Nakuru.

Plans were also underway for a postmortem on the athlete's body, which was taken to Iten County Referral Hospital mortuary.

“We are following up and we believe we will finally trace him so that we get to know what exactly happened,” Makori said.

On Thursday, the family of Agnes was still trying to come to terms with her death.

A relative told the Star they were aware of the differences between Agnes and her husband and they had met several times to resolve the matter.

“It's unfortunate that it had to go to that extent. It’s so sad that she had to go at such a tender age," a cousin said.

Makori said the man was considered a prime suspect because he went missing after he allegedly called the woman's parents crying and seeking forgiveness for 'an incident' he said he had committed.

Sources said a possible love triangle could have led to the killing of Agnes.

On Thursday, the home was still a crime scene and police were monitoring possible areas where the man usually visits.

Makori said interviews with family members indicated that the athlete and her husband had been having marital problems which were being resolved. The marital problems had not been reported to the police.

CCTV cameras and other items were collected from the home to be analysed as homicide detectives seek to unravel what happened.

“He has to explain what he knows about the incident,” Makori said.

She was the 2015 World Cross Country Champion and had also participated in the August Tokyo Olympics where she finished fourth in the 5,000-metre race.

Just recently, she ran in Germany and came second and had just returned with a trophy which she was yet to unseal.

Hundreds of athletes turned up at the home on learning of her death on Wednesday. Officials from Athletics Kenya were also expected in the area to condole with the family.

A female athlete, who was her close friend, told police that she spent time with the couple in the house on Monday and left on Tuesday, but when she returned later in the day she was unable to enter the house.

Former 800m world champion Janet Jepkosgey and her colleague Selah Jepleting were among the athletes who were at the home.