Raila says he has no offshore accounts amid Pandora Papers leak

Asked asking those having monies, properties outside Kenya to declare the same.

• The former PM said there was no problem with Kenyans opening offshore accounts as long as they are not used to siphon state resources or execute corruption schemes.

• Raila said he was certain the truth on the recently leaked Pandora Papers would come out. 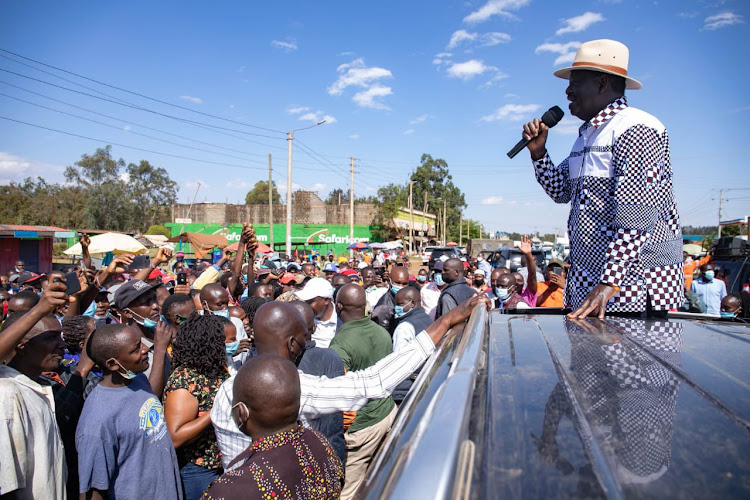 ODM leader Raila Odinga has declared he has no offshore accounts, asking those having monies and properties outside the country to declare the same.

The former Prime Minister at the same time said there was no problem with Kenyans opening offshore accounts as long as they are not used to siphon state resources or execute corruption schemes.

“I have no offshore accounts. All my wealth are within the country. I am playing locally,” the ODM chief said.

Speaking to KBC on Wednesday, Raila said he was certain the truth on the recently leaked Pandora Papers would come out.

“I am sure the truth will come out. The President has said he will give more details on the claims. I want every Kenyan with offshore accounts to come out and declare them,” he said.

The ODM leader further called for a scrutiny of wealth held by lawyers on behalf of corrupt state and public officers saying government offices subject people to temptations.

“I have been in government and there are temptations. Contractors will try to influence decisions. I have rejected them before,” he said.

His sentiments come just two days after President Uhuru Kenyatta whose family's prodigious offshore wealth was exposed by a consortium of investigative journalists said he had nothing to hide.

"The Pandora Papers and subsequent follow-up audits will lift that veil of secrecy and darkness for those who cannot explain their assets or wealth," Uhuru said on Monday in a brief statement.

The President neither denied nor discredited the leakage, saying such reports will enhance financial transparency in Kenya and worldwide.