Endorsements will not make anyone president, says Mudavadi

Says such validations would only make sense if they were people-backed. 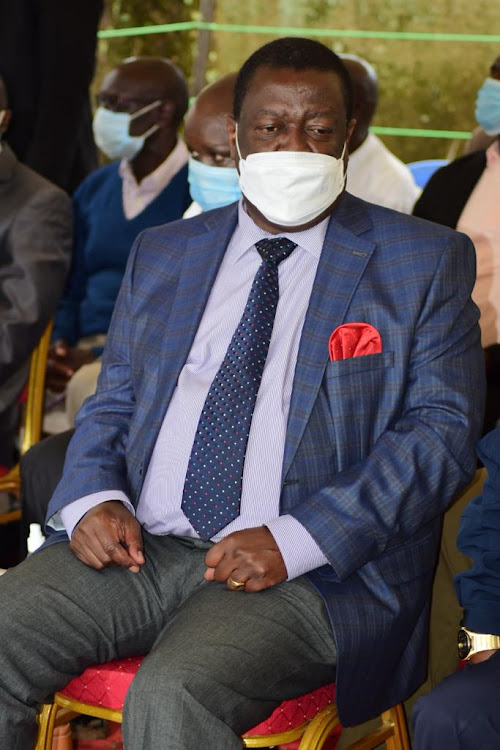 ANC leader Musalia Mudavadi has maintained that the masses will determine who will be the next president and not endorsements from individuals.

He said no level of endorsement by interested individuals or factions will sway the will of the people.

Mudavadi downplayed purported endorsements of individuals by interested parties, saying such validations would only make sense if they were people-backed.

“No level of endorsement from interested players will make one president. The only endorsement that will count and the one I want is that of the voters. I seek the endorsement of all Kenyans to be able to serve them as their next commander-in-chief,” he said.

Mudavadi spoke to journalists after a wedding event in Nairobi on Sunday evening.

The ANC boss has been fighting the endorsement tag, saying a commendation of a sitting president comes with its baggage and has the potential to end careers.

Reports have indicated that President Uhuru Kenyatta is inching closer to a political deal with One Kenya Alliance chiefs to endorse his handshake partner Raila Odinga for the presidency next year.

The alliance brings together Mudavadi, Gideon Moi (Kanu), Moses Wetang’ula (Ford Kenya) and Kalonzo Musyoka (Wiper). All four principals have indicated they will be contesting the presidency next year.

Earlier this year, the media was awash with reports that Mudavadi was Uhuru’s preferred candidate.

Last week, an influential group from Central Kenya calling itself Mt Kenya Foundation hosted the ODM leader at a luncheon and showed willingness to endorse his bid for State House. The same group is said to be planning to host One Kenya Alliance principals.

On Sunday, Mudavadi said such endorsements may not translate to votes come voting day.

“The president will be picked at the ballot. Everything else you are seeing is just campaign. It is the votes that will be counted and not the number of endorsements one has received,” he added.

“The greatest endorsement for any politician is when the voters have cast their votes and they have decided they want you to serve them. That is the endorsement of a democratic process. No matter how many pronouncements you make out there, they will not count. What will count is the number of votes you receive.”

Raila has also maintained that he is not interested in getting a political endorsement from Uhuru.

The former Prime Minister said he will only be seeking Uhuru’s vote in the event he runs for the presidency in the 2022 general election.

In July, Mudavadi denied claims that he was being groomed by the President in his 2022 succession game plan.

He defended himself by saying save for national day, where he attends events on the invitation of the President, he has never taken part in government activities.

He said that those behind the “Uhuru project” narrative are only scared of the unfolding political landscape where Kenyans are now more informed and able to choose a leader based on past development record.

In the events leading to the 2013 election, it was claimed that then President Mwai Kibaki had given Mudavadi his blessings.

And in January, Uhuru – speaking at Mama Hannah Mudavadi's burial in Mululu, Vihiga county - made remarks that seemed to be an endorsement of Mudavadi's 2022 run.