He will use the visit to meet party delegates from Mombasa, Kilifi, Lamu 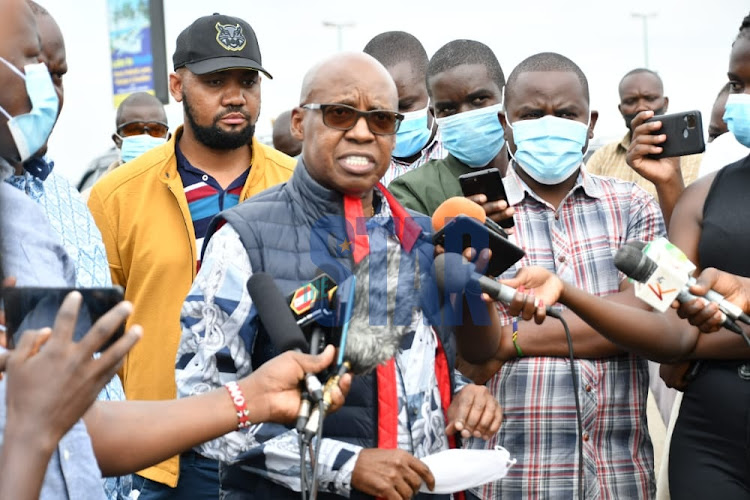 Billionaire businessman Jimi Wanjigi is in a three-day tour of Mombasa as the battle for the 3,000 ODM delegates hots up.

The ODM presidential candidate hopeful will be in Coast next week from Monday to Wednesday.

Wanjigi has expressed interest in the ODM’s ticket for the 2022 presidential race.

He will be using the Coast visit to meet with party delegates from three counties of Mombasa, Kilifi and Lamu.

“On Monday we start a three-day tour of the Coast as we intensify vote-hunting among the party’s delegates,” Wanjigi’s campaign team said in a statement.

The businessman has been traversing the country meeting delegates and grassroots leaders ahead of the ODM’s National Delegates Convention that will pick the party’s presidential flag bearer.

"We need fresh leadership in the party. My friend and party leader Raila Odinga is a hero of Kenya’s second liberation and we honour him for the sacrifices he has made.

"However, this is a new season for new warriors to lead the nation into a badly needed economic revolution.

"My message is clear; I’m best placed to lead the country to and through the third phase which is economic revolution.

"The first phase of our national course was independence in 1960s and the second, the expansion of our democratic space in the 1990s. Now is the time for our economic liberation," Wanjigi told the Star.

The whirlwind tours are part of the strategy to popularise his candidature for the ODM presidential ticket.

Last week, the politician visited Kisumu, Siaya, Homabay, Migori and Kisii counties where he held meetings with delegates from the area.

He has sustained a charm offensive to dislodge Raila from party’s delegates, who have voted for the opposition chief since 2007.

In Nyanza, the businessman met resistance after his convoy was stoned in Migori as irate youths literally drove him out of town. ODM has since condemned the act.

In the melee, Wanjigi suffered smashed windows and side mirrors of his vehicle.

The politician is planning another visit to Migori in the next two weeks in what his campaign team said is meant to deliver the message to the delegates.

The second-leg of the Nyanza visit will also see him hold meetings in Kisumu and Nyamira counties.

Wanjigi’s candidature - initially viewed as a plot to help Raila penetrate vote-rich Mt Kenya - has also been a concern of ODM’s national officials with top officials questioning his mission in the party.

He has of late been asking Raila to retire and allow “fresh blood” to lead the country, sentiments that some insiders say are more than friendly fire.

Raila men claim the businessman is wrecking the boat from within and could be hatching plans to slow the party and block Raila’s chances.