KBL will name and adopt two of the legendary tuskers at the Amboseli National Park.

• CS Balala commended the partnership between KBL and KWS, as he also called upon other organizations to join the initiative.

• The partnership comes on the back of the launch of East African Breweries Limited’s inaugural Environmental, Social and Governance report to society. 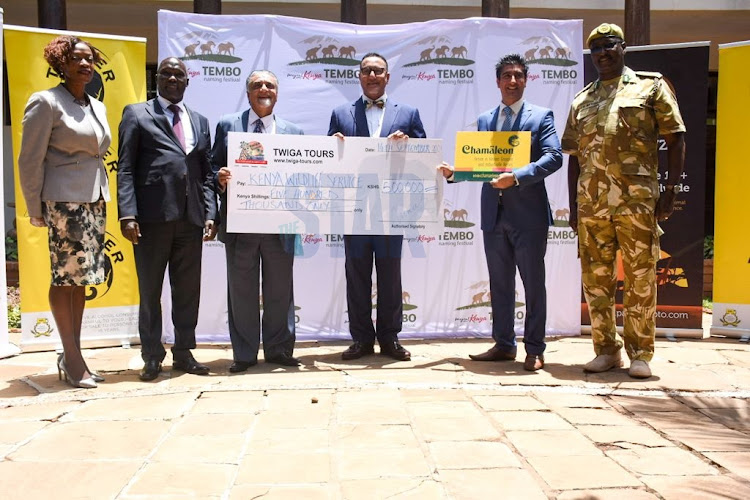 Through a partnership with the Kenya Wildlife Service, KBL has announced plans to be involved in several community projects in line with current service’s efforts to maintain and support habitats around the Amboseli National Park.

This is to avert the continued human-wildlife conflicts over resources and promote peaceful coexistence within the local communities.

This was said during the announcement of a sponsorship of Sh1 million towards these efforts that will be highlighted at the upcoming inaugural Magical Kenya Tembo Naming Festival set to be held on October 9, 2021 at the Amboseli National Park.

As part of the partnership, KBL will name and adopt two of the legendary tuskers at the Amboseli National Park with a section of the funds going towards boosting conservation efforts of the endangered species.

Speaking during the partnership announcement, Cabinet Secretary for Tourism and Wildlife, Najib Balala, commended the partnership between KBL and KWS, as he also called upon other organizations to join the initiative.

“I thank those who have come to support us in this initiative including Kenya Breweries Limited, and I call upon other individuals and organizations to join us in this noble initiative to support conservation efforts. Conservation is a very expensive affair and it therefore requires concerted efforts to achieve the required results,” Balala said.

“Conservation is at the core of our business as KBL and is one of our key sustainability pillars. This was therefore not a difficult decision to make to support an initiative such as this one. We believe health co-existence of the animals and community around the park bodes well for the long-term preservation of elephants and maintenance of the forest and savanna ecosystems,” Shiundu said.

She added, “It is well-known that the Tusker brand name was built on the shoulders of one legendary Kenyan elephant. Anything that brings together elephants and Tusker is an easy partnership to sign off on.

As we seek to continue to preserve this long legacy, we will continue to create a conducive environment for our wildlife to thrive now in the future.”

The partnership comes on the back of the launch of East African Breweries Limited’s inaugural Environmental, Social and Governance report to society.

The report provides an overview of the processes and mechanisms EABL has put in place to support communities and do business the right way, detailing the direct impact their sustainability work is having on its various stakeholders.

Among the key areas of focus in the report is the preservation the natural resources, including wildlife.

According to the International Union for Conservation of Nature, the population of African savanna elephants has descended rapidly by at least 60 per cent over the past 50 years, resulting in their classification as "endangered".

However, measures put in place by the Kenyan government to curb elephant poaching in different ecosystems continue to be productive, with the recently released National Wildlife Census Report, noting that Kenya has a total of 36,280 savanna elephants, becoming the fourth largest population in the world after Zimbabwe, Botswana, and Tanzania.