Close to ten people have been killed in the area, and others injured in the past two months

•They agreed to talk to the residents not to relocate because of insecurity and instead work with multi agencies on the ground.

•They also agreed to increase operations in the area as part of efforts to tame the trend. 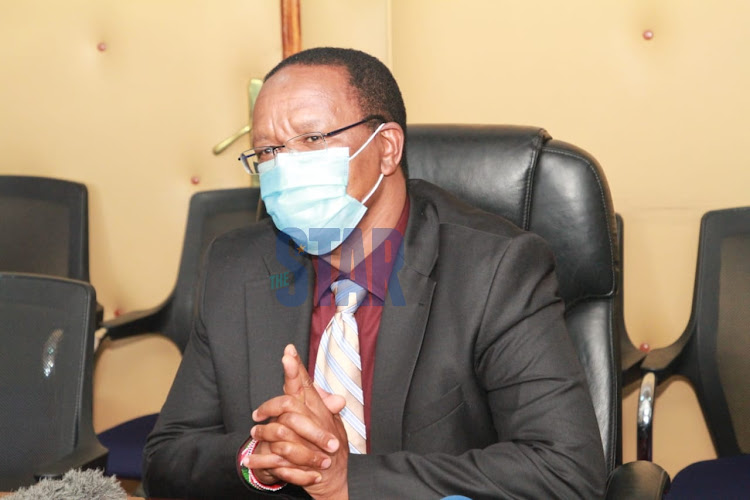 More security personnel will be sent to Laikipia to boost ongoing operations against bandits roaming there.

A meeting by the National Security Advisory Committee on Saturday to review the security situation in Laikipia said the National Police Reservists will also help in the operations.

The virtual meeting agreed to increase security operations in the area as part of efforts to tame the trend.

They also agreed to talk to the residents not to relocate because of insecurity and instead work with multi agencies on the ground.

The meeting was more of an emergency over the persistency of attacks by the gunmen.

Interior Principal Secretary Karanja Kibicho said the government will change tact in its approach to insecurity in the county after various interventions deployed failed to restore peace.

The PS described the Friday killing of two people as the breaking point of the government’s patience.

Two other people are in hospital with gunshot wounds.

“The Cabinet Secretary issued an order, but we haven’t seen the desired response. We have tried persuasion and diplomatic approaches in vain,” he said.

“The regional commissioner is on the ground negotiating on our behalf, but nothing positive seems forthcoming. This is a matter we are now taking very seriously.”

He regretted that the area leaders have previously frustrated peace efforts and warned that the government will implement necessary decisions arrived at in Saturday’s meeting.

So far close to ten people have been killed in the area, and others injured in the past two months.

Officials said more security personnel had been sent to the area to pursue the attackers who are also heavily armed.

The government had on July 28 given herders who have invaded private farms in Laikipia seven days to move out of the county or face forceful evictions.

However, they stayed put, prompting the operation.

Interior CS Fred Matiang’i warned the herders that a crackdown will follow the lapse of the ultimatum and urged them to leave within the window.

He blamed the encroaching herders for violent clashes with farmers and owners of private ranches and conservancies.

Matiang’i also announced an immediate takeover by security teams of the 80,000- acre Kilmon farm that is owned by the government and that has been a theatre of deadly clashes between armed herders from Laikipia and the neighbouring counties.

A GSU camp was established at the parcel to create a buffer zone between the two warring sides.

The CS further ordered private ranchers and pastoralists to register agreements on access to pasture with the county government beginning next month to enable the government to enforce the pacts and arbitrate bloody disputes around their implementation.

“If you have an agreement with ranchers, that’s okay. But for the government to be able to provide security, we want such agreements recorded and the terms registered with the county government to help resolve disputes around them,” he said.

To help pastoralists in the county ease the pressure on grazing pastures and water points, Matiang'i further announced that the Kenya Meat Commission under the Kenya Defence Forces will begin buying around 1,000 livestock weekly from next week in an off-take deal brokered by the government.

The programme will complement a similar one being implemented by the Laikipia county government.