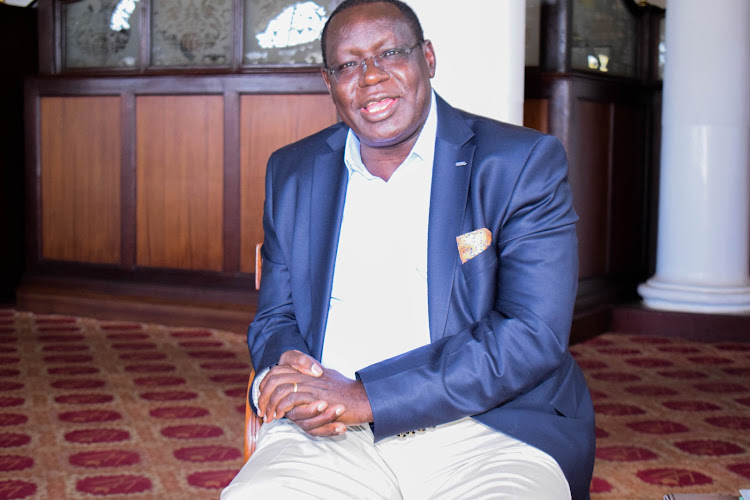 Kiambu Govonor James Nyoro during an interview with the Star on August 26,2021.
Image: MARGARET WANJIRU

Kiambu Governor James Nyoro has said the Mt Kenya region is ready to dialogue with the politician President Uhuru Kenyatta will back as his successor.

In an exclusive interview with the Star, Nyoro said the region will put its demands on the table to secure the interest of its people in the next government.

The governor said the Mt Kenya region, with its about 7 million votes, should not be taken for granted.

“We are waiting for the President to give us a signal and then we will engage that person. We will be asking, your Excellency you have given us this person, what is he going to offer?  We have our own list of demands,” he said.

The governor said it was time for the region to be sober and push for its interests ahead of the elections including having a clear pre-election pact.

Nyoro cautioned leaders from the region against following political directions without a thorough scrutiny of what is on the table.

“It will be foolhardy for us as leaders to walk in one direction without knowing where we are going,” he said.

The governor added though more political parties are welcome in the region, they should not be used to divide the voice of Mt Kenya.

He said Jubilee party should be strengthened with an aim of forming a strong coalition with all the other parties in the region.

“These other parties, we will encourage them not to divide our vote but form a strong coalition so that we can have a strong negotiating power as a region,” he said.

So far, the region has at least 15 active parties with talks ongoing on the formation of a coalition.

Nyoro at the same time said he was in support of the handshake between Uhuru and former Prime Minister Raila Odinga. He asked the country to judge the President based on his development record.

Nyoro at the same time declared that he will be defending his seat for the Kiambu governorship.

“I am the only governor who would have served a quarter term. A lot of people talk about first term, mine will be quarter term,” he said.

“We have tried to lay foundation for this county.  The unfortunate thing is that this county was not on a solid foundation. For the last two years, we have spent so much time laying that foundation. We think that we can now swing from that foundation and have a trajectory and make sure this county is what it is supposed to be for the next 10 or 20 years,” he added.

“I will be asking the people of Kiambu to give me another term of five years so that we can not only complete what we have started, but also  start other far reaching projects,” said the governor.

Post a comment
WATCH: The latest videos from the Star
by FRANCIS MUREITHI Digital Editor
News
29 August 2021 - 23:00
Read The E-Paper