Kenya to replace Astrazeneca with J& J as primary vaccine

• 'It has a shelf life of up to two years when frozen. We would prefer the lower facilities and hard-to-reach areas to be prioritised for J&J,' Akhwale told journalists in a meeting.

• However, Kenya will still continue to receive donated Astrazeneca doses from Europe, most of which is no longer using that vaccine, and from the Covax facility. 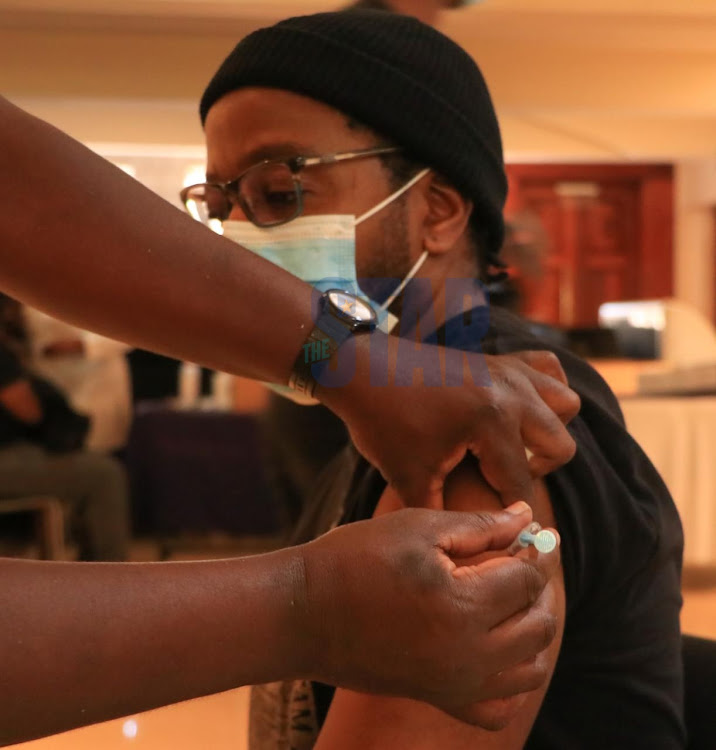 Kenya is moving away from the Astrazeneca-Oxford vaccine as its primary jab after struggling to get people to return for a second dose.

The Ministry of Health will now position the single-dose Johnson & Johnson (J&J) as the country's primary vaccine.

Head of the vaccines rollout taskforce Willis Akhwale said J&J will be cheaper for Kenya because it has fewer logistical requirements and will be easy to deploy to remote areas, where vaccination rates are disappointingly low.

He ruled out vaccine mixing, saying those who get Astrazeneca for the first dose must get the same for the second jab.

The government has ordered 13 million doses of the J&J, while the private sector has raised Sh1 billion to buy more doses, Dr Akhwale said.

“It has a shelf life of up to two years when frozen. We would prefer the lower facilities and hard-to-reach areas to be prioritised for J&J,” Akhwale told journalists in a meeting.

However, Kenya will still continue to receive donated Astrazeneca doses from Europe, most of which is no longer using that vaccine, and from the Covax facility.

Kenya is hoping to fully vaccinate 10 million adults by December, and a total of 26 million by the end of next year.

However, since the exercise began in March, only 786,340 people have been fully vaccinated with two doses.

Dr Joseph Sitienei, head of health sector monitoring and evaluation and informatics at the Ministry of Health, described the frustration of reaching adults with two doses, given several weeks apart.

“There are people who disappear after the first jab. Some book on the [Chanjo] platform for the second jab and they don’t show up,” he said.

Dr Sitienei also oversees the Chanjo system, the Covid-19 registry at the ministry.

“We will now track those who’ve not gone for the second jab with a view to bringing them to get the second jab because one jab is not enough. Otherwise, you won’t be fully protected, which won’t give you the maximum benefits,” he said.

The Astrazeneca vaccine is highly effective against Covid-19 and is widely used in the United Kingdom.

While ruling out mixing of vaccines, the ministry said such a decision should be based on scientific evidence, but, currently, data remains scant.

Akhwale noted that Kenya has enough Astrazeneca stocks to cover both the first and second dose.

Acting director-general of Health Patrick Amoth said the country may not have ease of access to M-RNA vaccines, which have shown a better immune response when administered after Astrazeneca.

“Data is still very scanty but shows clearly that the prime and boost shows a better response especially if you start with AZ and then get the M-RNA vaccine then you get a better immune response,” Amoth said.

“But because we may not be able to have access to these m-RNA vaccines, as a country or as sub-Saharan Africa I think we will go with our standard two doses of either of Astrazeneca or single-shot Johnson and Johnson but of course if more data becomes available then we will be able to change our policy guidelines for that,” he added.

According to a list presented yesterday, Kenya is expecting at least 2.3 million doses of Astrazeneca donated by European nations, which no longer need them.

Most wealthy Western countries are now rolling in mRNA vaccines, such as Pfizer and Moderna, and no European Union nation has renewed its contract with Astrazeneca.

Kenya expects 1.76 million doses of Moderna, half of which have been delivered.

Next month, another batch of 1.76 million Pfizer vaccines will arrive from the United States, followed by 270,000 doses from Covax.

Next month, China will also send a donation of a 200,000-dose Sinopharm vaccine, while Covax will supplement that with 1,800,000 doses of the same vaccine.

Akhwale said to avoid confusion, each health facility will get the same type of vaccine.