Kenya was in position 19 in the competition worldwide.

• Oguna said the Tokyo team had flown the Kenya flag high and the government is proud of the athletes.

• Kenyans took to social media to express disappointment over the reception 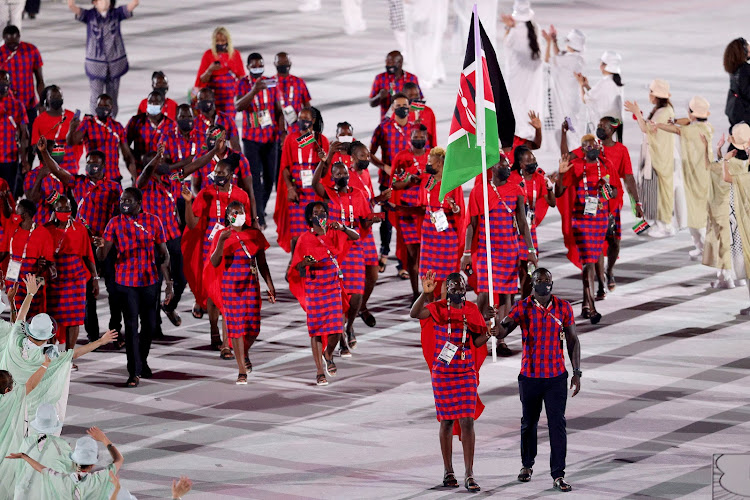 Government Spokesman Cyrus Oguna has said Kenyan athletes who participated in the Tokyo Olympics were not accorded a VIP reception due to Covid -19 protocols.

Speaking at Mukuru kwa Reuben on Thursday, Oguna said the government was proud of the athletes in spite of the low key reception.

“ It was a proud moment and people tend to get carried away by such. Covid-19 protocols had to be observed even at the airport,” he added.

Oguna said the Tokyo team had flown the Kenya flag high and the government is proud of the athletes.

“Kenya was in position 19 in the competition worldwide and was leading in Africa. We are proud as the Government of Kenya for the good efforts the athletes put in Tokyo,” he added.

Kenyans took to social media to express disappointment over the reception the athletes received in the country upon their return from Japan on Wednesday.

In Uganda, President Yoweri Museveni handed over high-ended vehicles to each of the medal winners in the Olympics, adding the government will construct houses for the parents of the gold winners.

Addressing residents on Wednesday at the Kololo Ceremonial Ground during a ceremony in honour of the team, Museveni said that his country did well despite spending little, unlike other countries.

Houses to be built for parents of gold winners.
News
10 months ago
by MAUREEN KINYANJUI News Reporter
News
12 August 2021 - 17:34